What are the most popular candies in japan?

Wherever you travel in the world there is always one thing at the top of the list to do… Attractions? No. Try to immerse yourself in the culture? Nope. Eat local delicacies? Nah!

The first thing you do when you visit a new country is consume every packet of candy and snack you set your eyes on. Traveling to a new country is incredibly exciting, but being able to taste that country is even more thrilling. And Japan is no different! 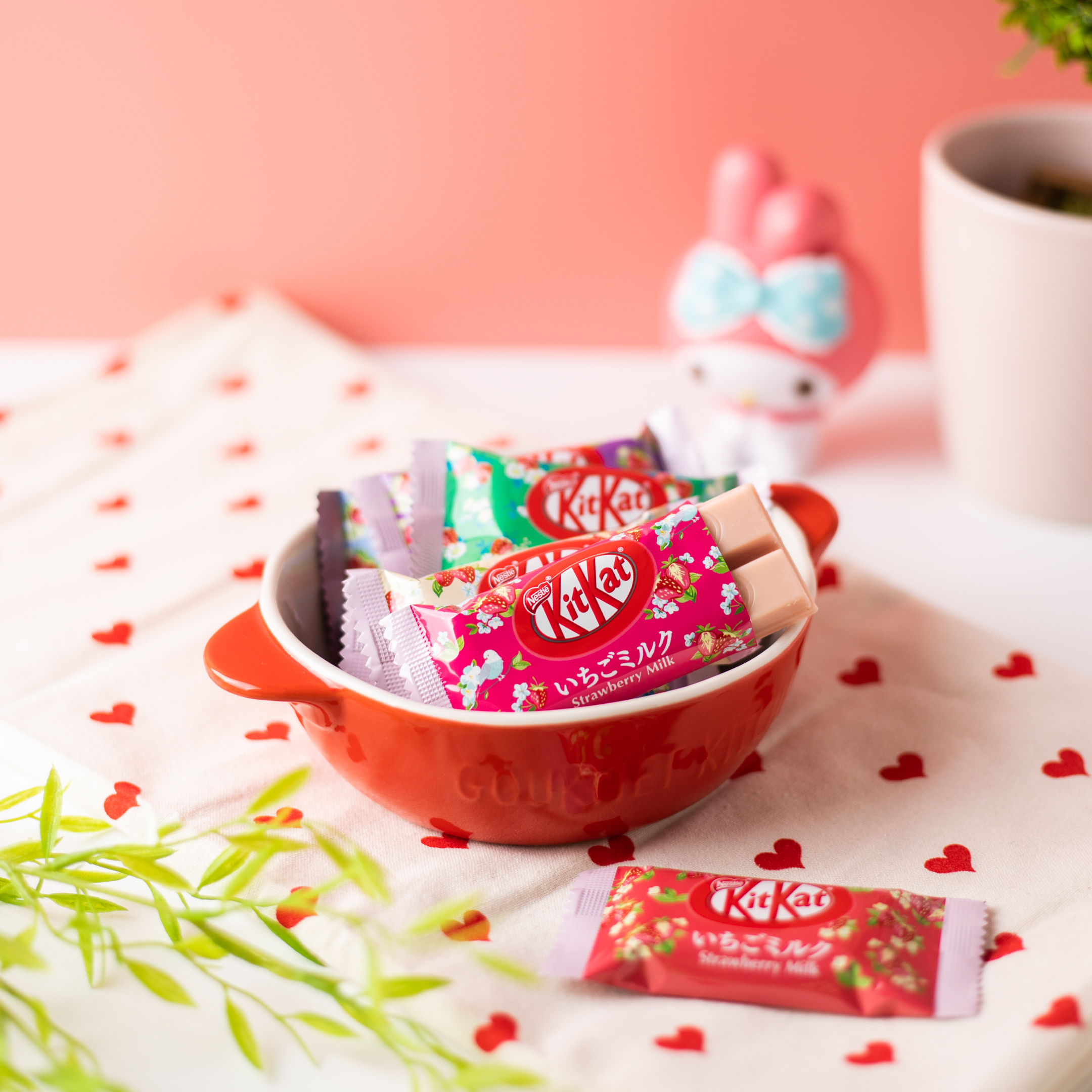 Japanese candy is revered as a favorite across the globe, Japanese candy is known for being delicious, scrumptious, unique and down right innovative in all of the candy varieties. If you think of Japan and candy, no doubt the first that pop into your mind is Kit Kat, Pocky and Hi-chew. But, there is so much beyond that, Japan has a long and rich history of candy that started long before it was influenced by the standard western countries. 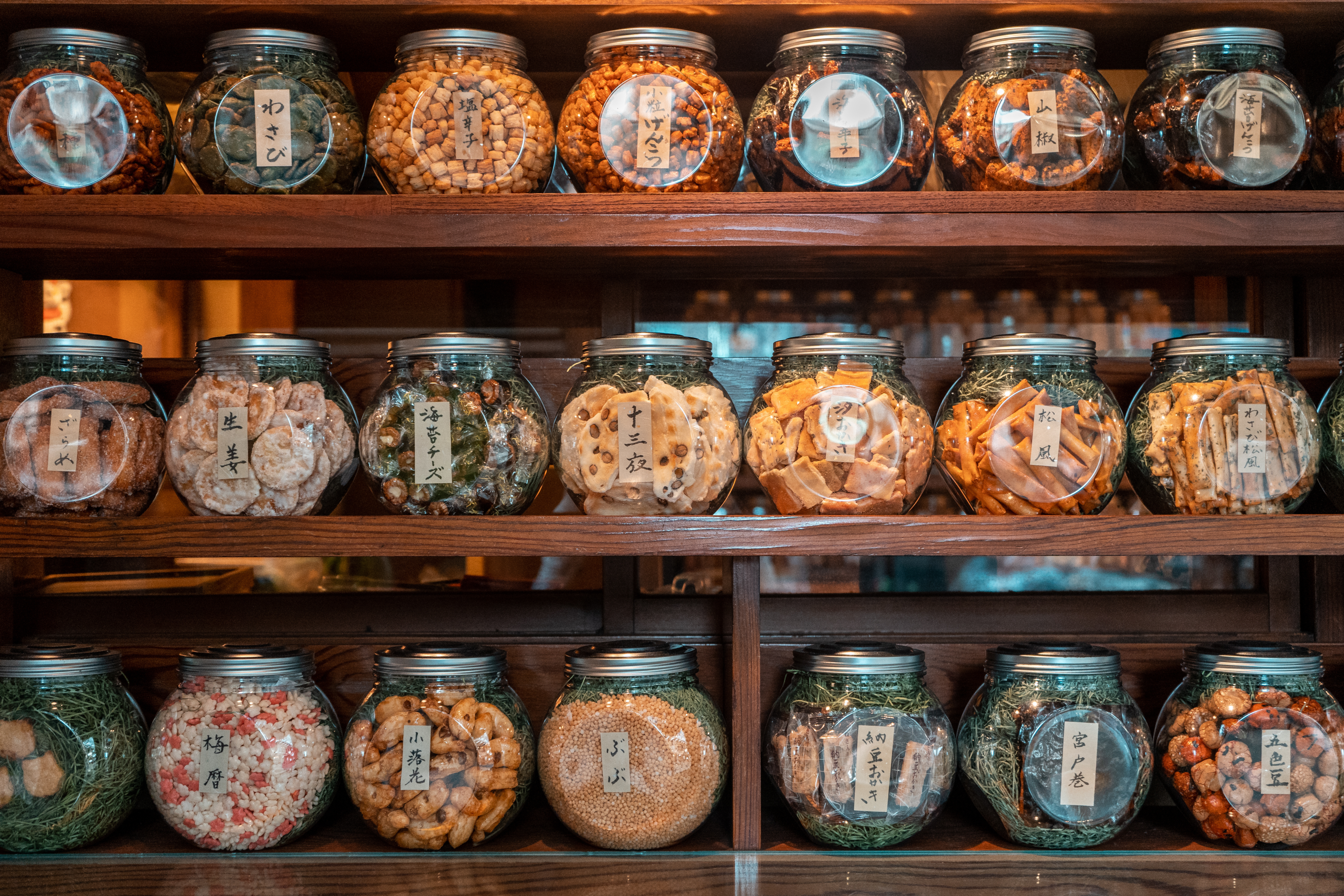 The history of candy in Japan

The first historical documents of Japanese candies appeared in the Nara period (710-794). This means that candy was already being made and eaten in Japan almost 1,300 years ago, but it’s not until the Edo period (1603-1867) that candy became more widespread and common. The oldest Japanese candy begins with mochi, which is still widely eaten in Japan now. During this period is when sugar began circulating in Japan and candy sellers started making unique Japanese sweets that are known as hard candies. 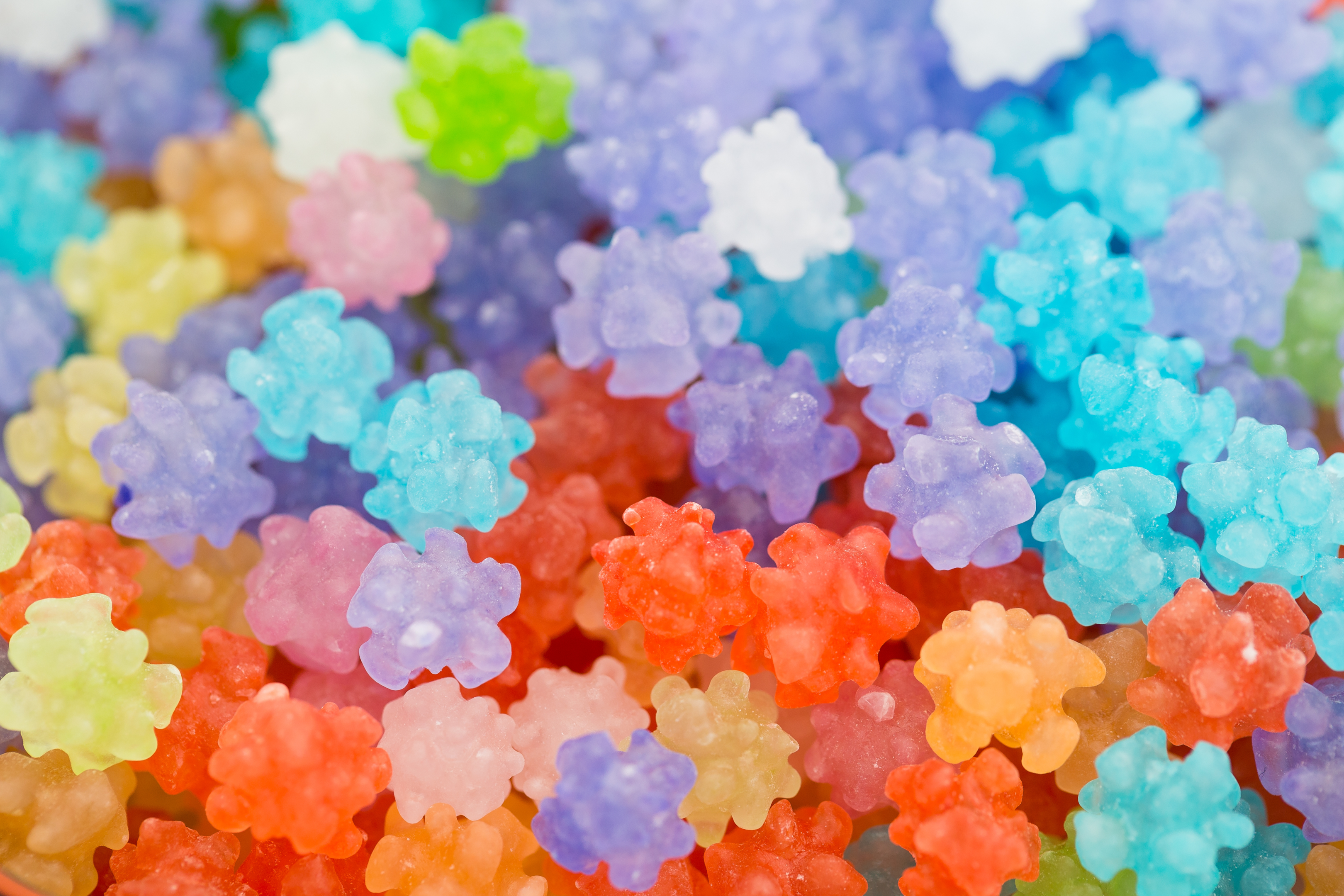 Japanese candy known as dagashi was first introduced in the Edo period. Dagaish directly translates as cheap (da) and candy (gashi) - which can be compared to American penny candy. These types of sweets and candy follow their name by being cheap and sweet tasting, even now all these years later cheap candy is still referred to as dagashi.

Although similar sounding dagashi is not to be confused with wagashi. The difference between dagashi and wagashi is that wagashi is also a traditional type of Japanese candy, made from sweet red bean paste rather than just sugar. Wagashi is a broad term used to describe the traditional sweets of Japan. Wagashi is used in traditions like in tea ceremonies, and is often paired with green tea as a way to accentuate the flavor of the tea. Sweets like Japanese mochi candy, taiyaki and dango are all types of wagashi and are often sold to reflect the current season. Although dagashi and wagashi are traditional types of Japanese candy, they both still play a very important role in the modern confectionery industry in the Japanese market and within Japanese food. 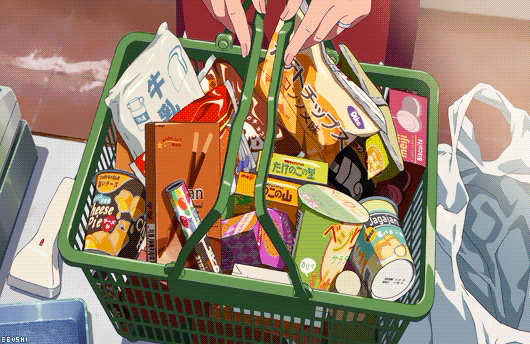 What's the most popular Japanese candy?

Okashi is the general umbrella term for Japanese candies, Japanese sweets and Japanese snacks. This includes wagashi, dagashi and more modern types of snacks like KitKats, Tokyo Banana, chewy candies and milk chocolate. There are so many varieties of Japanese candies that often change seasonally and are limited editions, but it always makes it a fun trip to find the latest editions in convenience stores! So, with so many snacks available, what are the best Japanese candy?

Most popular Japanese candies and most mainstream Japanese candies are hotly debated. Ramune, called Japanese soda candy, is one of Japans long-selling soda candy. Ramune has been loved for more than 40 years and gives the taste of nostalgia for so many. Ramune candy is based on the iconic ramune drink. You can find the Japanese candy inside a mini version of the iconic drink shape, although there are speciality flavors like grape soda. 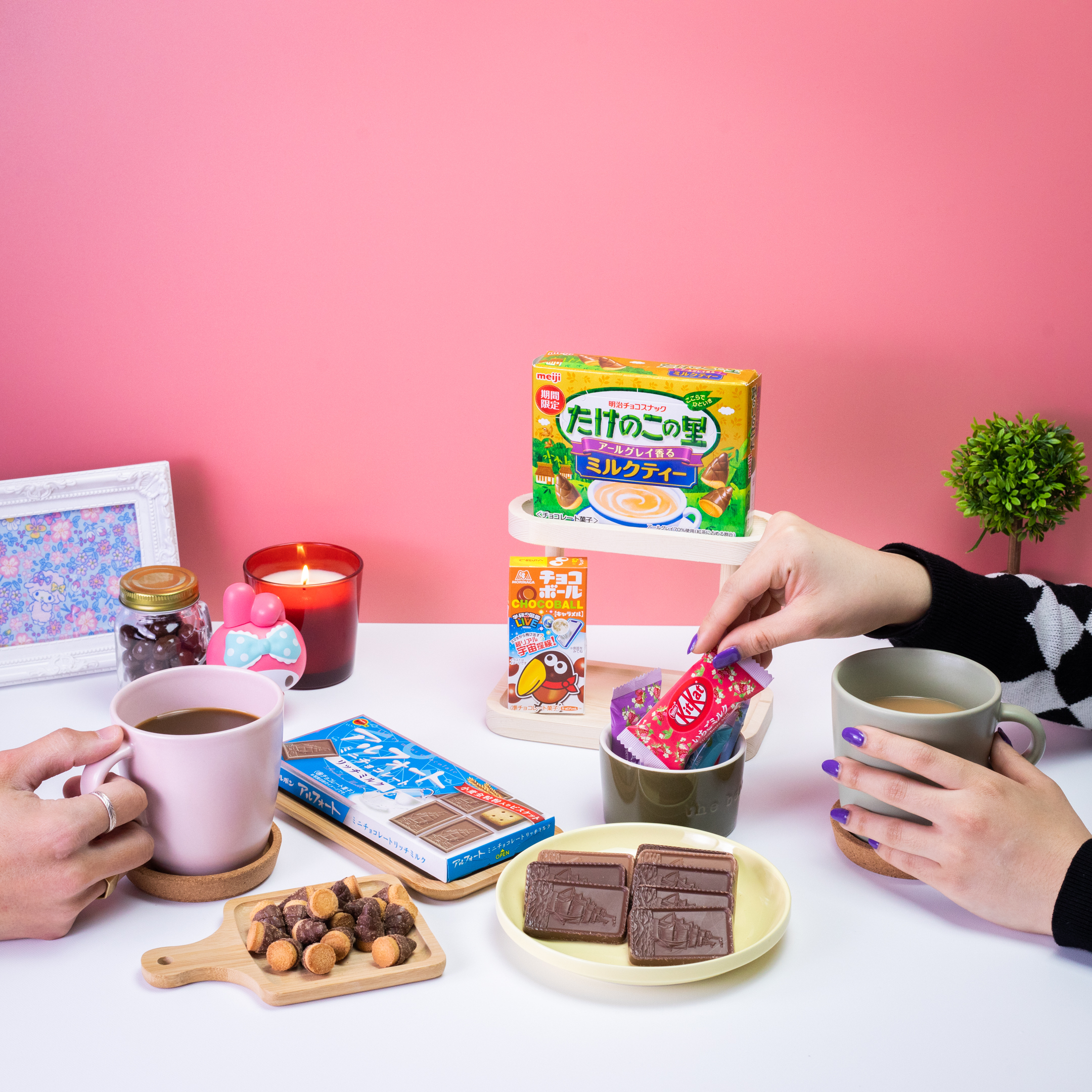 Japanese hard candies have a long history, and although they have changed over the years, these popular hard candy are still consumed daily. Japanese hard candy comes in a variety of flavors like fruit flavors, sour flavors and milky flavors. Brands like Menots, Mintia and Nestle all create hard candy with a delicious taste, and outstanding flavors, - Nescafe Caramel Macchiato Candy anyone?

Now, the complete opposite of these hard candy shell, and possibly one of the best Japanese candy, chewy candy of course! Gummy style chew candy is soft and decadent. Soft candy comes in all shapes and sizes with exclusive flavors that you won't find anywhere else in the world! Sensationally chewy fruit candy like Pure Heart Shaped gummies, Fettuccine, Super Long Sakeru and Hi-Chew are Japan's take on chewy fruit flavoured candy. 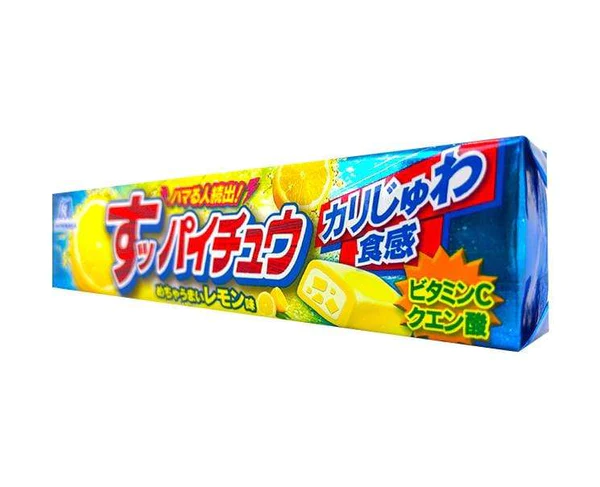 Hi-Chew is seen as one of the best Japanese candy around. Bursting with real fruit flavors, Hi-Chew soft candy is everyone's favorite soft and chewy sweet pick-me-up Japanese treats that you can easily get from convenience stores. Hi-Chew inspires an increasing cult following not only in the Japanese market, but also among American consumers. This Japanese gummy candy has a vast amount of flavors that surpass regular chewing gum. Hi-Chew is a great chewing gum alternative with exciting flavors like coca cola, ramune candies, and sour lemon, so it's easy to see why Hi-Chew is the best Japanese gummy candy and soft candy. 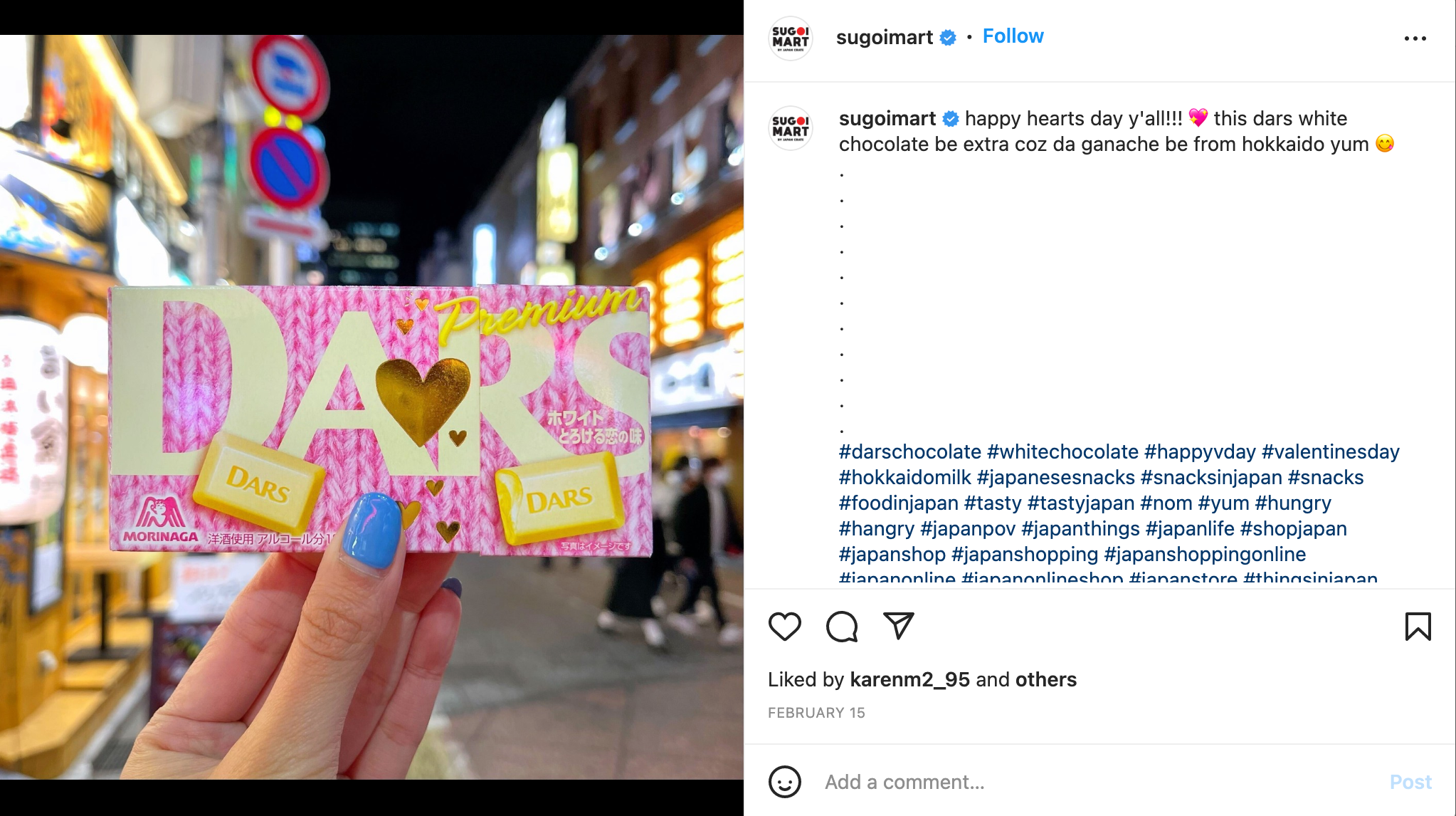 What is it about Japanese chocolate? 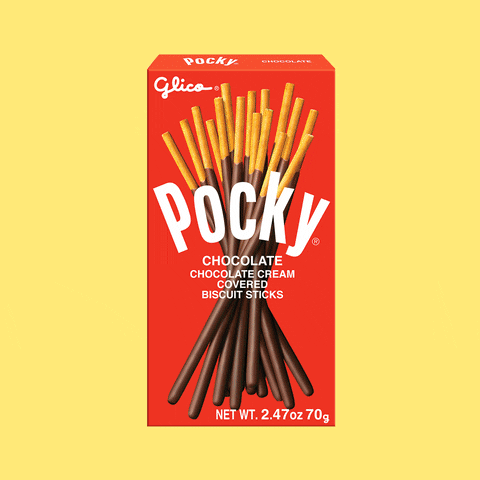 Speaking of chocolate sweets that can be eaten with one hand, we cannot forget the cult-snack status, Pocky. Pocky is salty and sweet treats that perfectly balance crispy pretzel stick and pure chocolate goodness mixed into one delicious Japanese candy. Over the last 55 years Pocky has cemented itself as becoming one of the most diverse Japanese chocolate.

Pocky has released various flavors including green tea, strawberry chocolate, white chocolate and almond milk chocolate. However, you cannot deny that the milk chocolate flavored Pocky will forever be the classic. 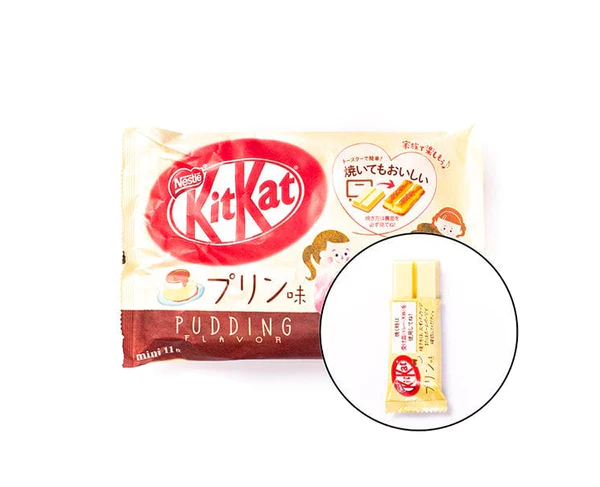 Why is Kit Kat popular in Japan?

No list of the best Japanese candy can be complete without mentioning Kit Kat. Although Kit Kats aren't originally Japanese chocolate, this candy has truly taken a life of its own in the Japanese snacks market. 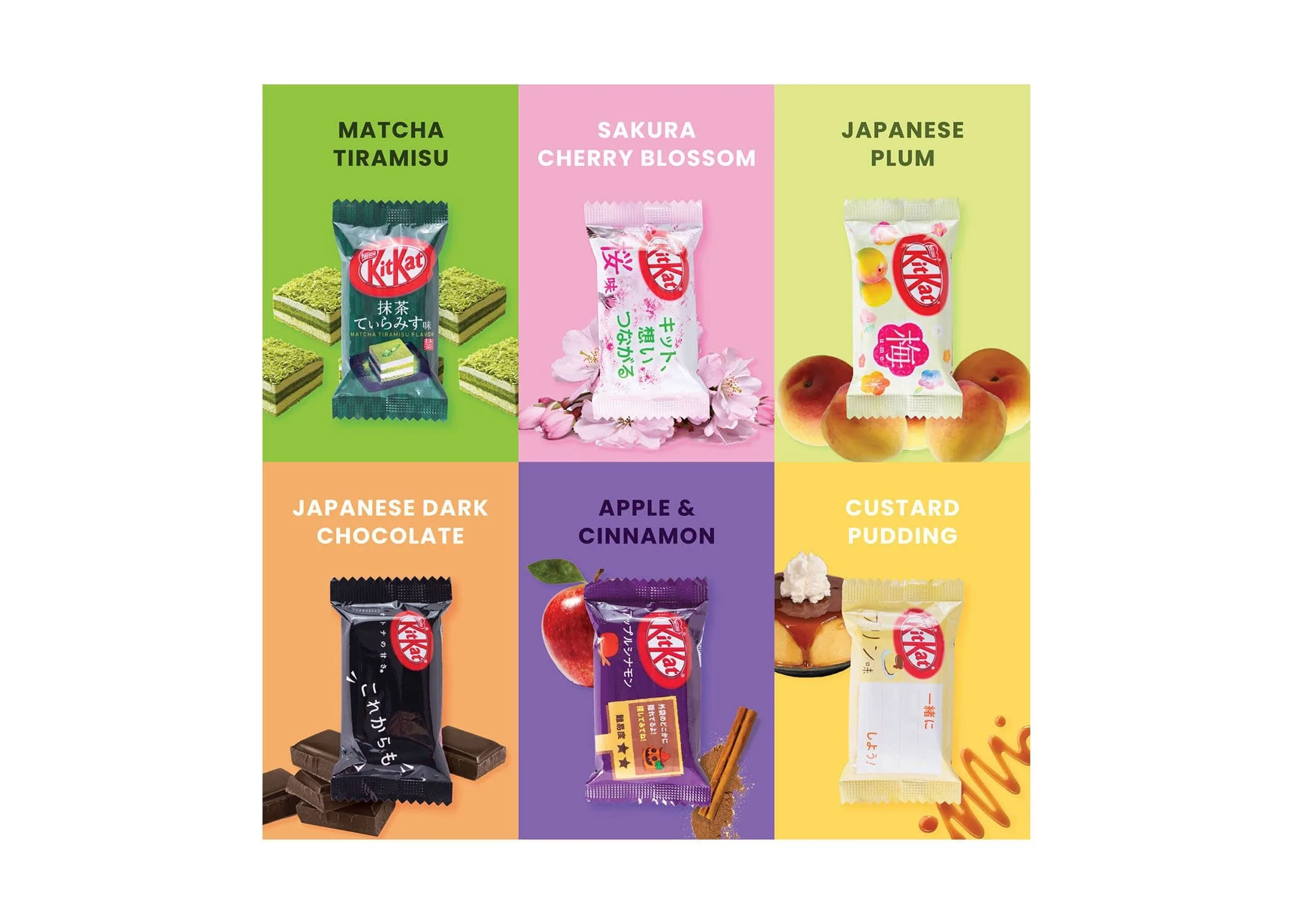 Kit Kat's product innovation with limited and geographical speciality flavors has created a sort of craze in the KitKat fandom. Especially here in Japan with every change of season and holiday a new Kit Kat is released. But, Kit Kats aren't just Japanese snacks, but also as a symbol of good luck in Japanese culture. More specifically, a good luck charm for exam students.

Kit Kats exclusive flavors, and unique good luck symbol has allowed Kit Kats to become highly favored Japanese candy and one of Japan's best selling brands. If you want to deep dive further into the history of Kit Kats check out our recent blog dedicated to wondrous Kit Kats. 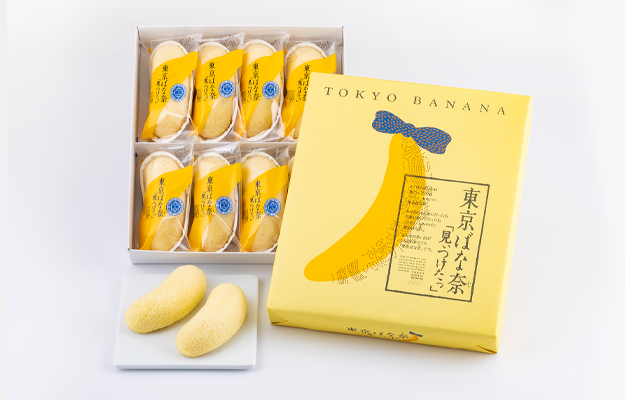 Now, although not considered chocolate or gummy candy, but is worth mentioning is Tokyo Banana. Tokyo Banana is arguably Japan's most popular souvenir to take home for friends and family. It's a light and fluffy sponge cake with a banana custard fresh cream filling. You can find these sweet delights at the main Tokyo Banana shop in Tokyo at Tokyo Station, supermarkets and convenience stores. So, if you're thinking of bringing back a souvenir from Tokyo, your best bet is Tokyo Banana! 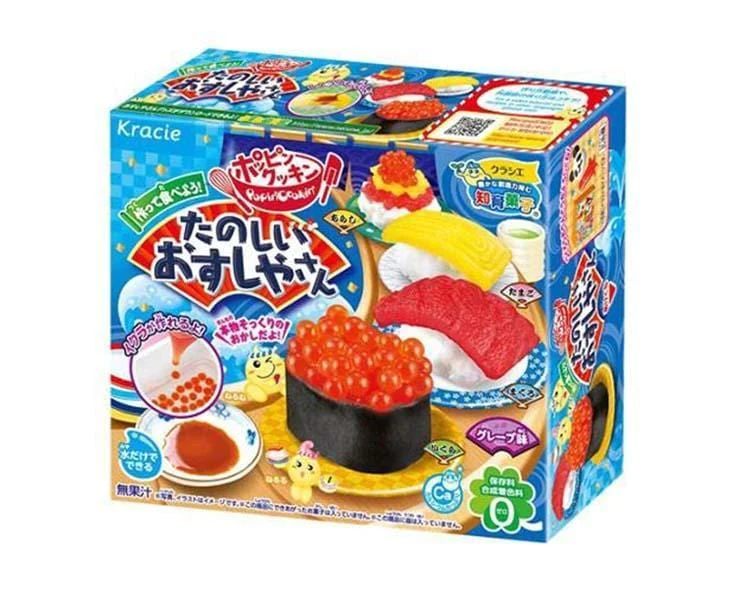 What is DIY candy?

DIY candy is exactly what it sounds like, Do It Yourself candy! Popin' Cookin' kits is a wonderful DIY kit set from Kracies, and is a fun way to make you feel like a kawaii chef! These Japanese candy kits let you create your own Japanese food, but mini sweet versions. The deliciously totally edible gummy candies kit sets let you create sushi, ramen, donuts, hamburger take out and other tasty food. Popin Cookin is made with no preservatives or artificial colors. Just make sure you don't chew on the paper or plastic accessories!

The Popin Cookin boxes are a visual foodie dream and a sweet tooth's heaven. The box contains everything you need to get cooking, and for everything to fit in the box means everything is teeny tiny! Mini accessories, like mixing bowls, spoons, cups and serving paper are all part of it, and all that you really need is water! To make the gummy candy varies per box set, but the general guide to follow is: Make a dough/jelly by combining the powder and water, mix together well and then put the dough/jelly into the molds. Ensure you wait enough for it to set, as instructions and then voila it's done! It does take a bit of time to assemble the sets to mirror the box image, but let me tell you it's worth it. There is nothing more satisfying than eating a tiny soft texture pizza slice that has an exquisite sweet taste, it really leaves you with just a hint of happiness. 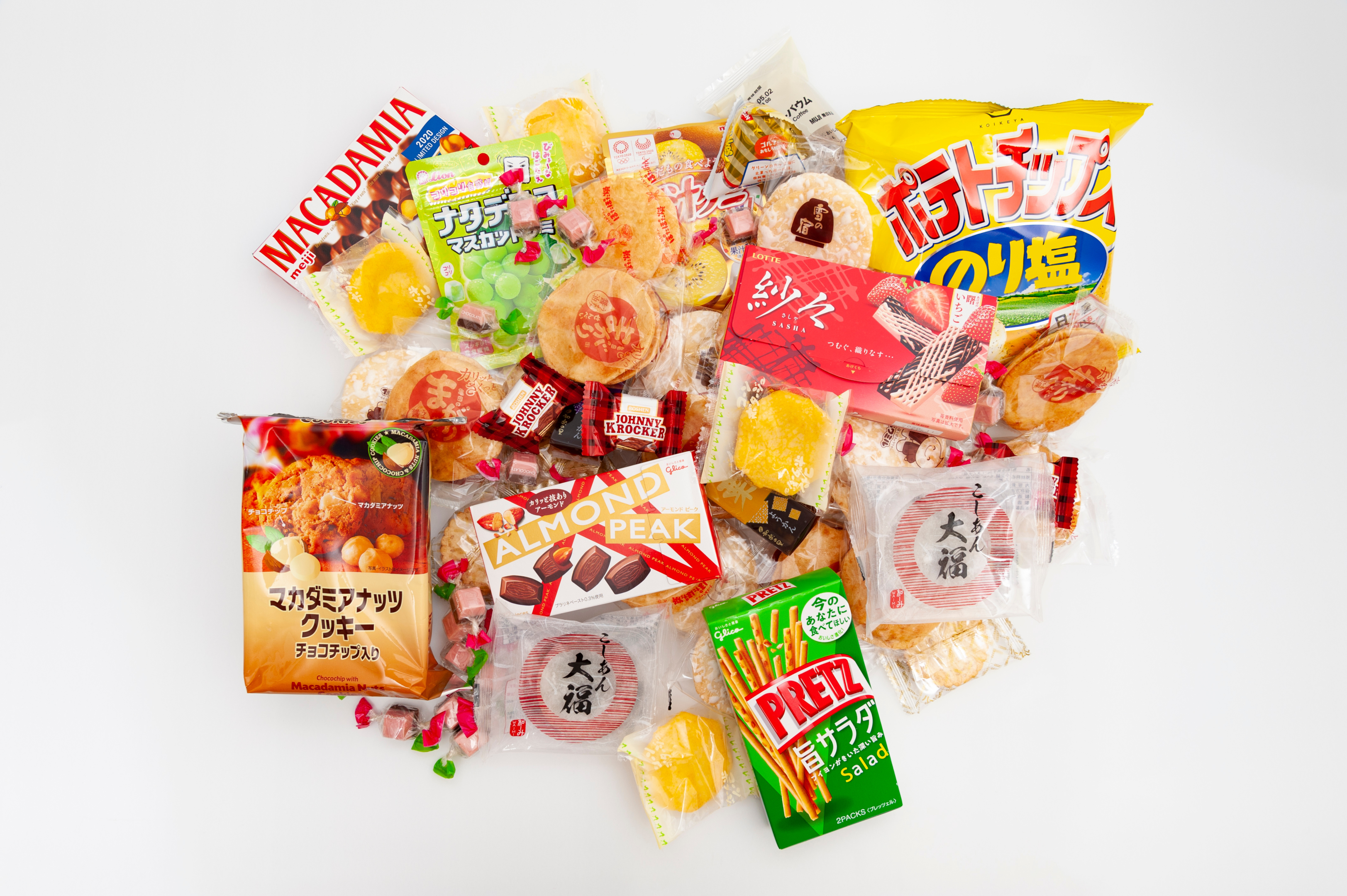 Whether you're after a sour taste, sweet taste or melt in your mouth chocolate goodness like Meiji Chocolate, Japan really can cater to all! But it's near impossible to pick one Japanese candy over another. There are certainly favorites and much loved popular Japanese snacks, but when it comes down to it, you can't just choose one! My advice is too scroll on Sugoi Mart and see what Japanese candy and snacks jump out at you!