If you encounter the word Ghibli, you've likely thought about the classic Ghibli films My Neighbor Totoro and Spirited Away. The word Ghibli is an Italian noun that is based on the Libyan Arabic name for hot desert wind. It was chosen by Miyazaki and the idea for it being the studio would be something like "blow a new wind through the anime industry." Meanwhile, Studio Ghibli is a Japanese animation studio located in Koganei, Tokyo. Since founded in 1985, the studio has been creating animated feature films, television commercials, several short subjects, and two television films.

Furthermore, Studio Ghibli was founded by Hayao Miyazaki and Isao Takahata, along with the producer Toshio Suzuki. The success of Studio Ghibli started with one of the best and most iconic characters named Totoro, a giant spirit inspired by tanuki and cats from My Neighbor Totoro film in 1988. Along with it are also the studio's highest-grossing films like Spirited Away in 2001, Howl's Moving Castle in 2004, and Ponyo in 2008. In 2014, Miyazaki announced his retirement, causing Studio Ghibli to temporarily suspend production. Meanwhile, in 2017, Miyazaki came out from his retirement to direct his last intended film called How Do You Live?

The first-ever Ghibli Theme Park in Japan finally opened last November 1st, 2022. Quick background, the opening was initially announced in 2017, transforming the 200-hectare site of the 2005 World Expo into an immersive world of all hit Studio Ghibli films. It is located in the city of Nagakute, in Aichi Prefecture where the 2005 World Expo happened. The opening was supposed to be in 2020, but due to the pandemic, numerous delays, and some restrictions, it was pushed back to 2022.

Ghibli Park can be traveled by train from Nagoya. At the entrance park, people can see the iconic Catbus, the famous character in Studio Ghibli's film My Neighbor Totoro. Furthermore, Ghibli Park is divided into five areas, namely Hill of Youth, Ghibli's Grand Warehouse, Dondoko Forest, Mononoke Village, and the Valley of Witches. The first three spaces are only open to the public as of now, and the last two will be next year.

Meanwhile, the park features attractions that not only relive the spirit of Ghibli anime films but also the nature spots as the park is integrated with nature vibes. There are rides available, but roller coasters are avoided in favor of nature trails. In fact, it was Miyazaki that insisted on not cutting down trees, and instead, Studio Ghibli park will focus on highlighting the natural beauty of nature, like how it was in the animated films.

Among the five areas inside the Ghibli Theme Park, only three of them are available to the public as of date. Here's what to expect when you visit them!

This space is dedicated and partially based on Howl's Moving Castle. Also known at Hill of Youth, you'll find this at the park's entrance area, making it the gateway to the Ghibli park. It features elevator observation tower with steampunk design elements so the guests can get the overall great view of the park. Moreover, the notable part about the elevator is the 19th-century objects from the 1986 Ghibli film, Laputa: Castle in the Sky and 2004's Howl's Mving Castle.

Furthermore, Youth Hill space also features the replica of the antique shop Chikyuu-ya set in Seiseki-Sakuragaoka neighborhood in Western Tokyo from the Whisper of the Heart film in 1995. Apart from that, guests will also find the miniature version of the Cat Bureau from 2002's The Cat Returns movie. 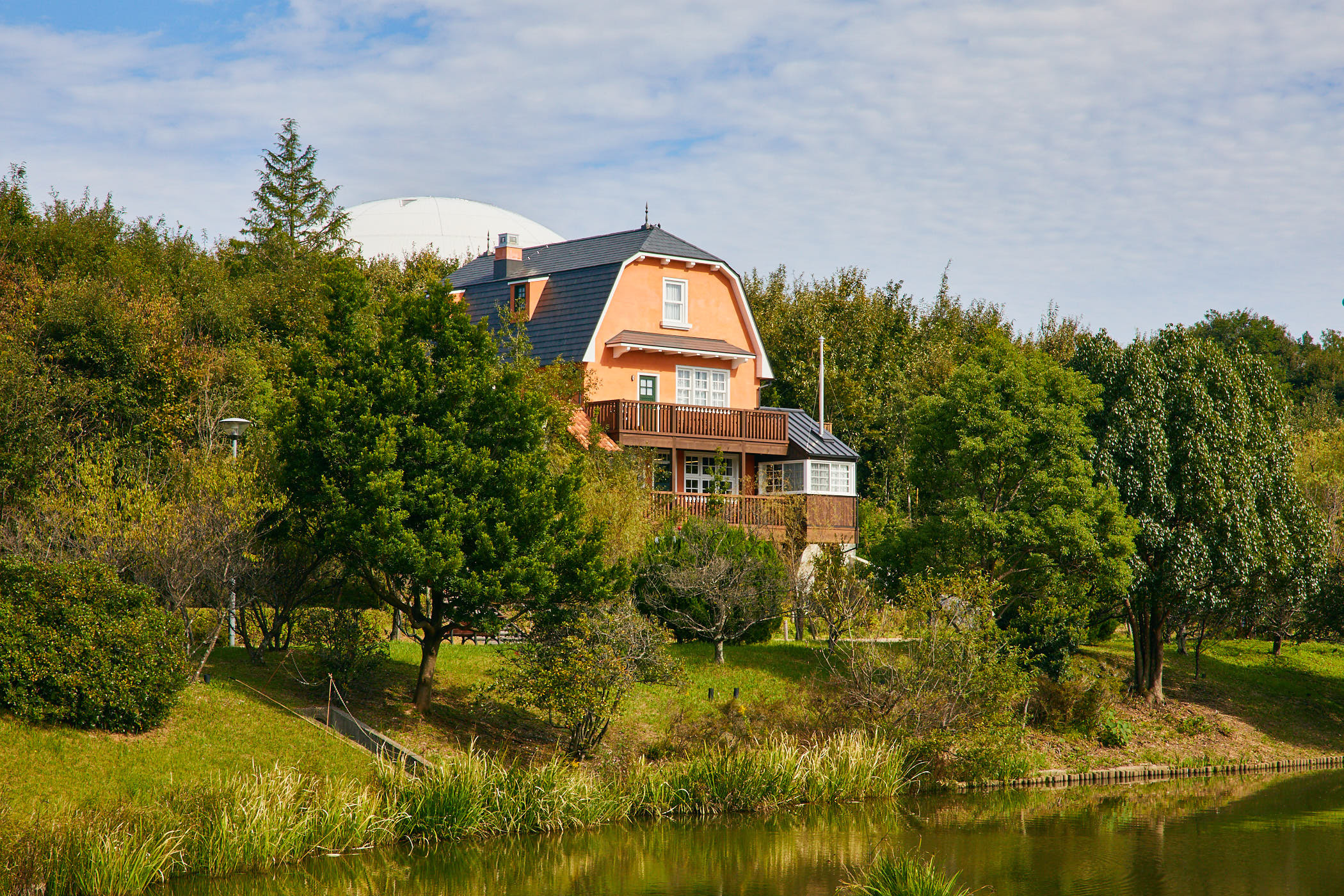 Also known as the Great Ghibli Warehouse, this space is an indoor attraction from a former site of a large swimming pool. Regardless of the weather, the guests can still fully enjoy its vibe. Moreover, it features a children's playground based from the movie My Neighbor Totoro, as well as the iconic sky garden of Laputa: Castle in the Sky. The area also features a similar setup from the 2010's movie Arrietty.

Further highlights of the Great Ghibli Warehouse include exhibition room, cinemas, shops, restaurants, and a literal warehouse where exhibits will be stored. As for the concept art of the warehouse, it features the combination of Japanese and Western architectural design elements, giving off that eclectic feels.

The Dondoko Forest is another area inside the Studio Ghibli Theme Park that highlights the world of My Neighbor Totoro, featuring the lush and natural areas of the rural landscape. Furthermore, it features Satsuki and Mei's house that was already built last 2005 World Expo. All guests can expect the careful and excelling detailing of each area of Dondoko Forest. 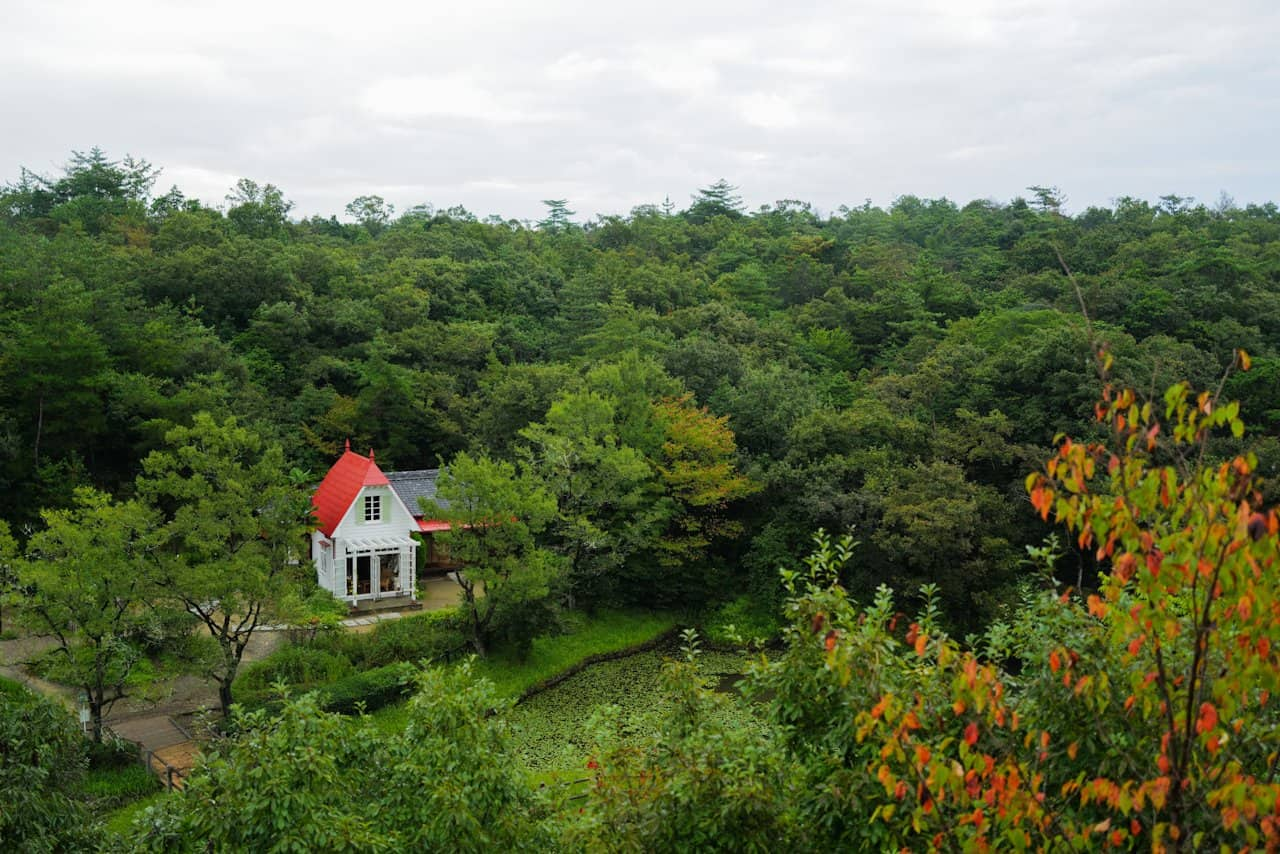 As mentioned above, the latter two of the areas in the Studio Ghibli Theme Part are set to open next year, 2023. Let's take a look what to expect!

Also known at Princess Mononoke Village, this area inside the Studio Ghibli Theme Park will transfrom guests into another era as it is giving off the Muromachi period (1336-1573) where the film was set. Furthermore, people can also expect the giant statuses of Tatarigami spirit monster and other creatures that are based on the movie Irontown (Tataraba) village.

Another area inside the Studio Ghibli Theme Park that is set to open on 2023 is the Witch Valley of Witches. This one is inspired by the wastelands of Howl's Moving Castle and Kiki's Delivery Service. The area is expected to stand five stories tall. Furthermore, the guests will also be able to visit Howl's bedroom inside the castle. 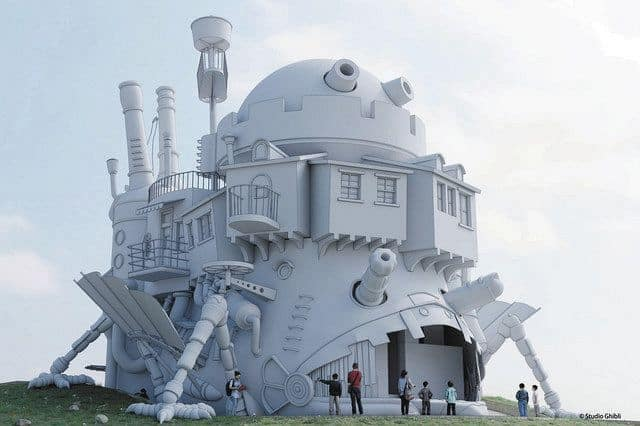 The Studio Ghibli Theme Part officially opened last November 1st, 2022. For the opening hours, the theme park is open from 10:00 to 5:00 on weekdays and 9:00 during weekends. Meanwhile, the Ghibli Park is closed every Tuesday and the maximum daily capacity is around 5,000 guests.

For the tickets, it must be reserved for specific date and time. There will be separate reservations per area. Furthrmore, children under 3 years old is free on admission. For February 2023 admission, there will be an upcoming sale on November 10th where the ticket and sales method will also change. It will be a first-come, first-served basis from the 10th of every month until the day of admission.

Another must-visit area inside the Ghibli Park is the Transcontinental Flight Cafe that can be found in Grand Warehouse. So if you ever get tired on strolling around and feeling hungry all of a sudden, this cafe will save you! Let's check what's on their menu!

Guacamole Sandwich with Plenty of Avocado 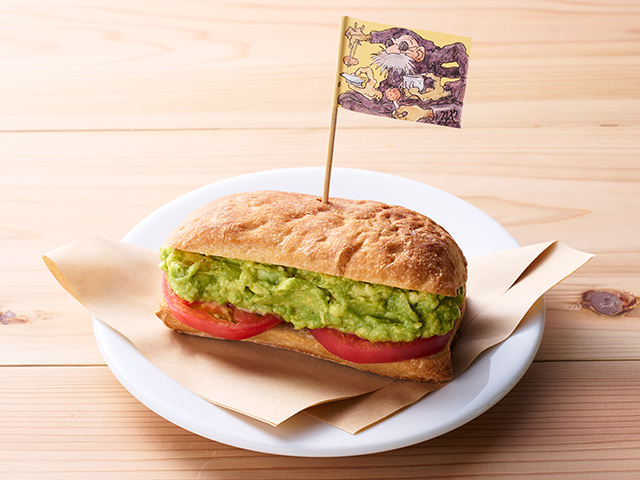 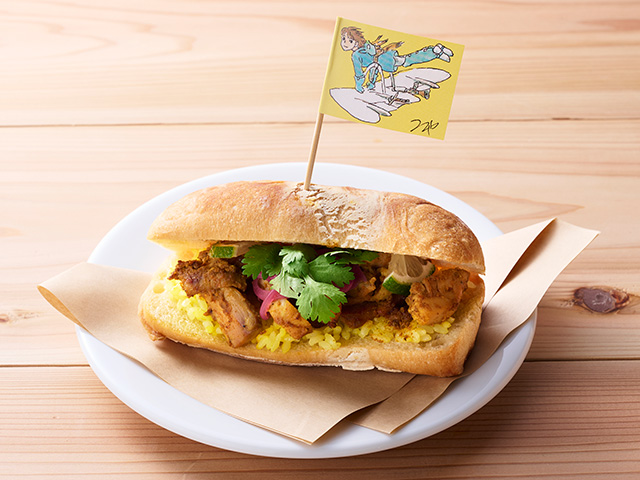 Perhaps you're still waiting for the opening of the other two areas, you can check these Ghibli Collections by Sugoi Mart. Whethere you're into Howl's Moving Castle, My Neighbor Totoro, Spirited Away, and Kiki's Delivery Service, we'got you covered! We got all the collectibles you need that are all inspired by the classic Studio Ghibll films! Check the collections here!

It's indeed a long wait for the opening of Studio Ghibli Theme Park, especially for those who are avid fans of the classic anime films since the beginning. And now that borders have reopened, this is a perfect chance for everyone to travel with their family and loved ones and visit the newest attraction in Japan. This is absolutely another reason to visit Japan and admire the beloved characters and scenes form the anime films to life. Whether you're an avid fan or just a traveler who wants to experience the nostalgic feeling of these classic Ghibli films, you'll surely enjoy every moment inside. So what are you waiting for? Plan it ahead and experience the long-awaited Studio Ghibli Theme Park!