The year 2022 is almost over, and anime has had a successful year. Every season generated a number of well-liked shows in a variety of genres, giving the majority of viewers something to watch, and one anime that takes the top spot is the Demon Slayer.

In this anime, Demon Slayer: Kimetsu No Yaiba, the Demon Slayer Corps is tasked with defending Japan from man-eating demons that emerge only at night using different breathing styles and unique weapons called Nichirin Blades. Additionally, Nichirin's blades change color once the owner holds the handle for a long period of time. Each color represents a different meaning. Because it is claimed that each hue bestows certain traits on the blade and owner, it is intriguing to consider what each color stands for and how it depicts the characters. Read on and learn more all about the different Demon Slayer Swords!

What is a Demon Slayer Sword?

A Nichirin blade is a type of steel created especially for the swords members of the Demon Slayer Corps use to kill demons. According to the Demon Slayer Manga, these Demon Slayer swords are made with scarlet crimson ore and scarlet crimson iron sand that is collected from the mountains. They are picked from mountains above the clouds because they get year-round sunlight without being interrupted by rain or blocked sunlight, which is the only substance that can destroy demons. A further distinguishing quality of the Nichirin blade is its propensity to alter colors upon first contact with its owner.

Since Nichirin Swords take on a characteristic color when their owner first draws them, they are also known as "Color Changing Katanas." However, for the blade to change color, the user must have a certain degree of ability. Demon Slayer recruits choose the ore they desire after passing the Final Selection. After using the ore to build the weapon, a swordsmith from the Swordsmith Village will personally bring it to the Demon Slayer. 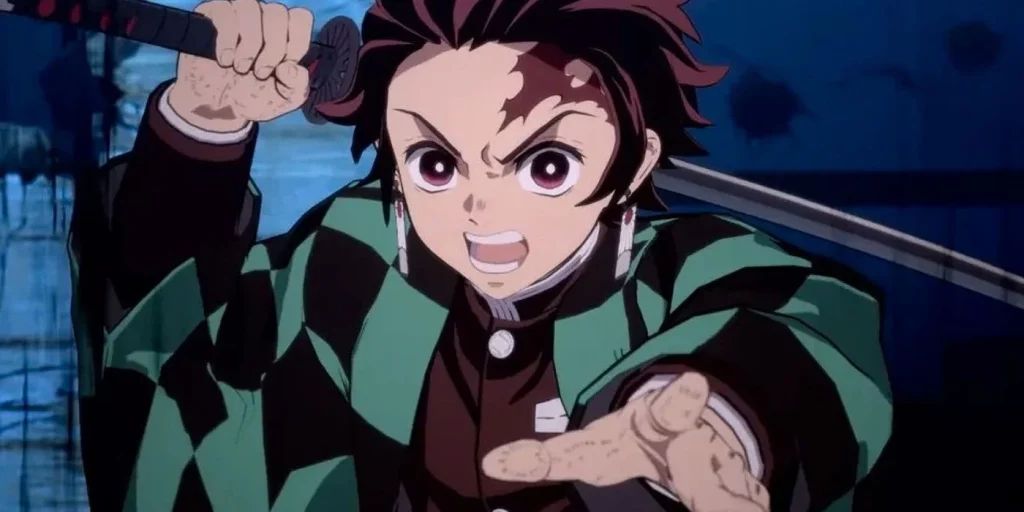 Of course, Tanjiro's black Nichirin Sword takes first place among the best swords in Demon Slayer. Tanjiro was originally a Water Breathing user, but when his Nichirin blade changed from blue to black. Black swords are rare since demon slayers who use them are cursed to an early death. No one has ever become a Hashira while wielding a black blade. All of this, however, is superstition. In addition, the meaning of this sword is no longer a secret. The black rare-blade sword is connected to the Sun Breathing technique, which Tanjiro is aware of as a dance that has been handed down in his family for many generations. The color black is particularly dangerous to demons since it absorbs the most sunlight. 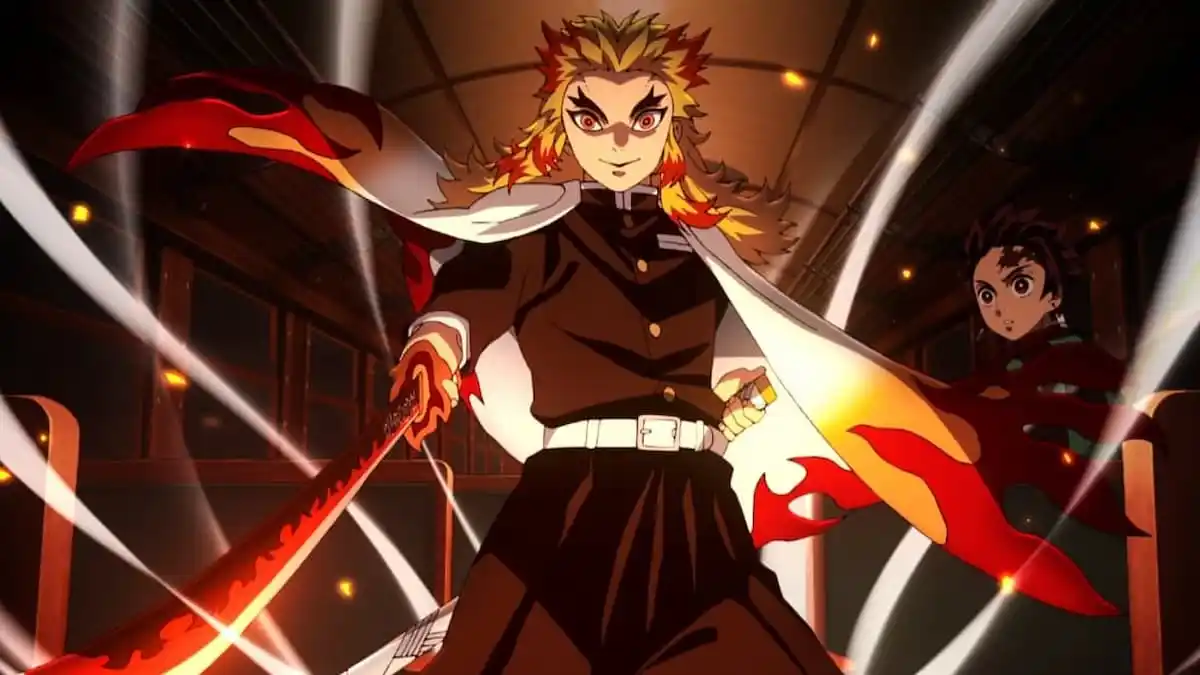 Red frequently means intensity, and Demon Slayer is no exception. The red sword symbolizes flame, and Kyojuro Rengoku's eccentric and extroverted demeanor reflects that. The Dance of the Fire God, one of the most well-known anime moments, is one of the amazing scenes made possible by the fire Breathing. The Rengoku Red Nichirin sword is especially distinctive since it has a beautiful flame running down the shaped nichirin katana. 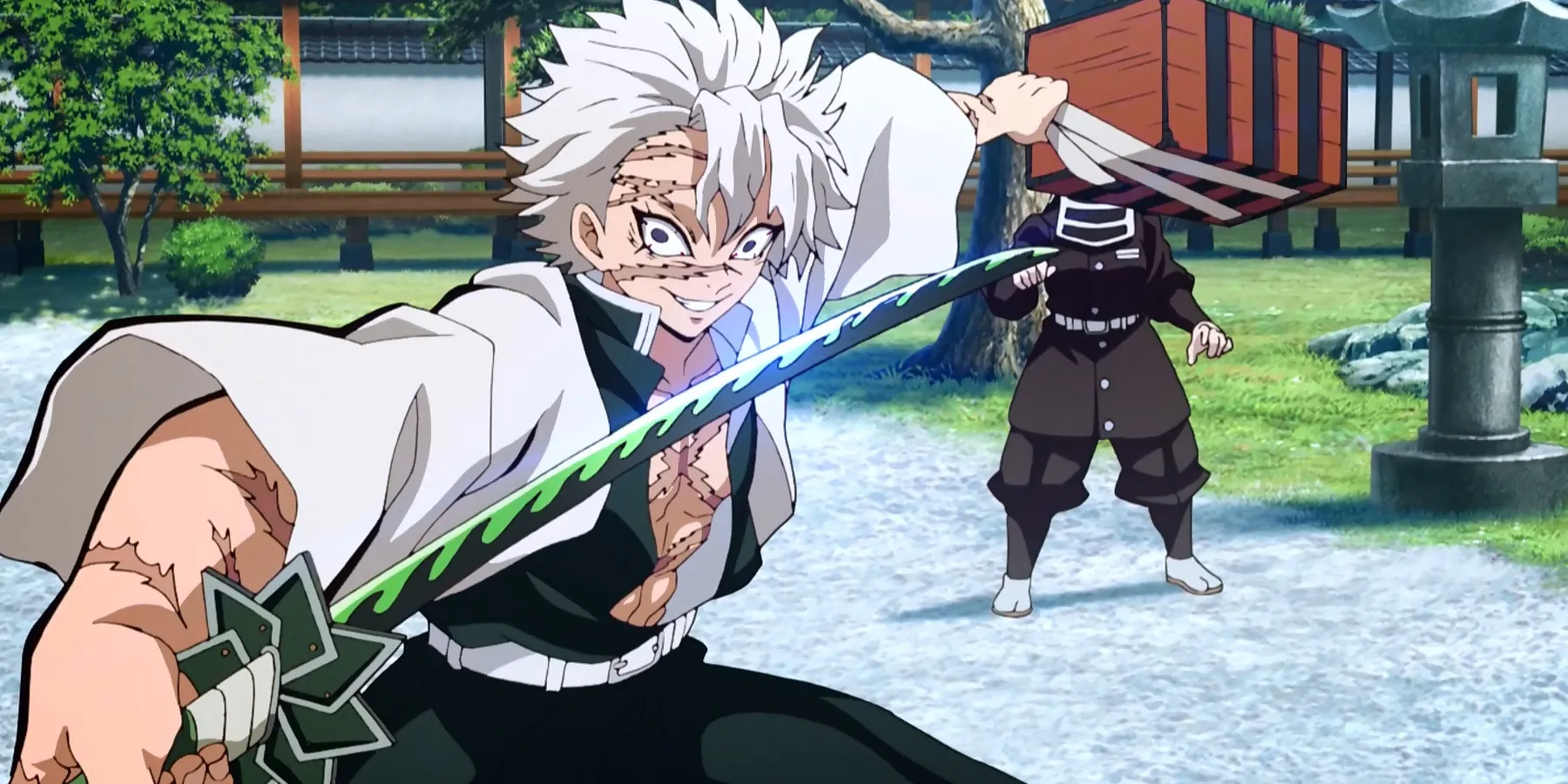 Sanemi, the Wind Hashira, has the angrier appearance of all the Hashiras. He ranks among the Hashira, who is the strongest demon slayers. He wields an emerald green blade that complements the green hue frequently connected to the wind in anime. Furthermore, Sanemi's sword, which has a jagged design on the blade, is tailored to him and represents wind-breathing abilities. His green sword allows him to move as quickly as a tornado while simultaneously maintaining tremendous composure. Any demon that stands in his way will not stand a chance since he can be as ferocious and enraged as a hurricane. 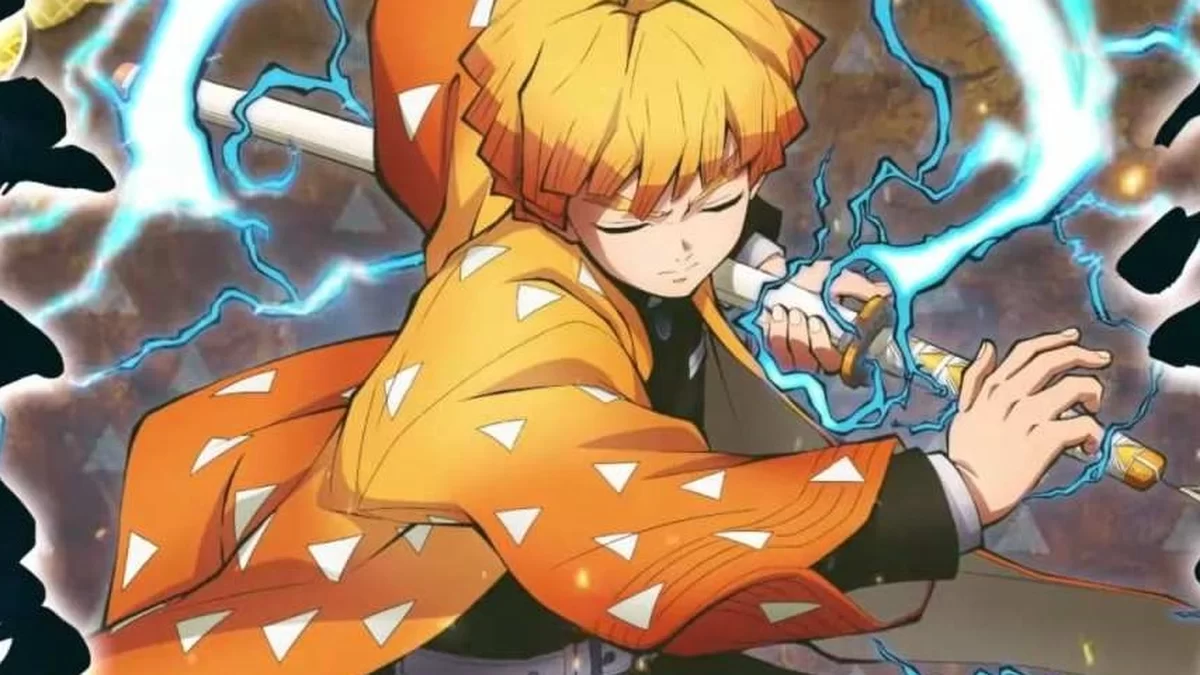 Zenitsu is the show's comedy relief since he has the propensity to be the stupidest of all the main characters. While half asleep, however, he is a force to be feared due to his lightning-fast Thunder Breathing technique. Zenitus' yellow Nichirin sword naturally complements his overall appearance and sense of style. The lighting pattern on this blade works well with how he uses the Thunder demon fighting skills. He may be reserved, but his sword, like the red blade, is strong because it is patterned with a lightning bolt that travels down the blade. 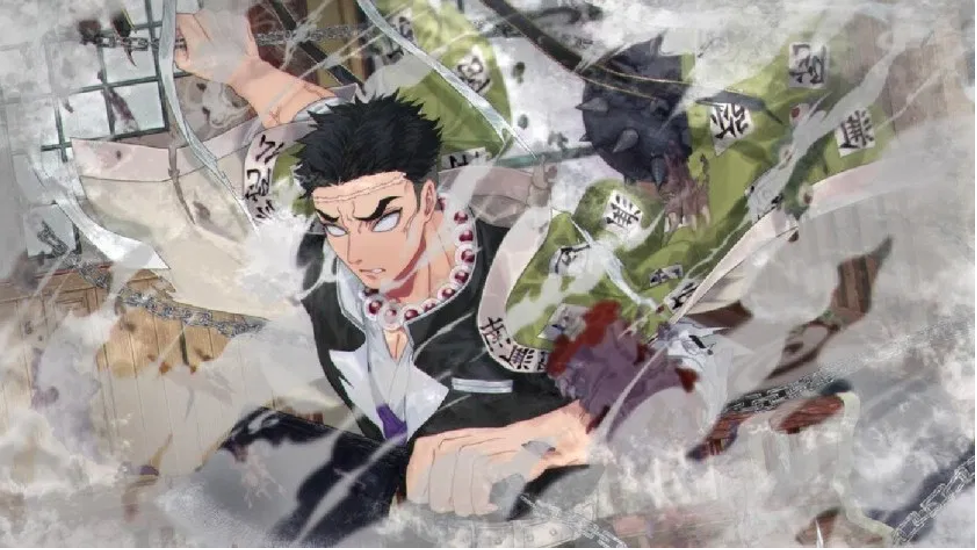 In terms of pure strength and power, Gyomei is without a doubt the strongest of all the Hashira, and he employs highly distinctive weapons compared to the standard-sized nichirin katanas. Gyomei uses Nichirin spiked flail and battle axe connected by a long chain, which is technically still Nichirin blades for all intents and purposes. Gyomei employs gray-colored weapons because he is the Stone Hashira and uses the stone breathing technique. Even though Gyomei is emotive and delicate, stone breathing is associated with the capacity to separate from emotions and to be powerful and steady. But when he has to, he can effortlessly switch it off and become a powerful, ominous, and terrifyingly brilliant demon slayer. 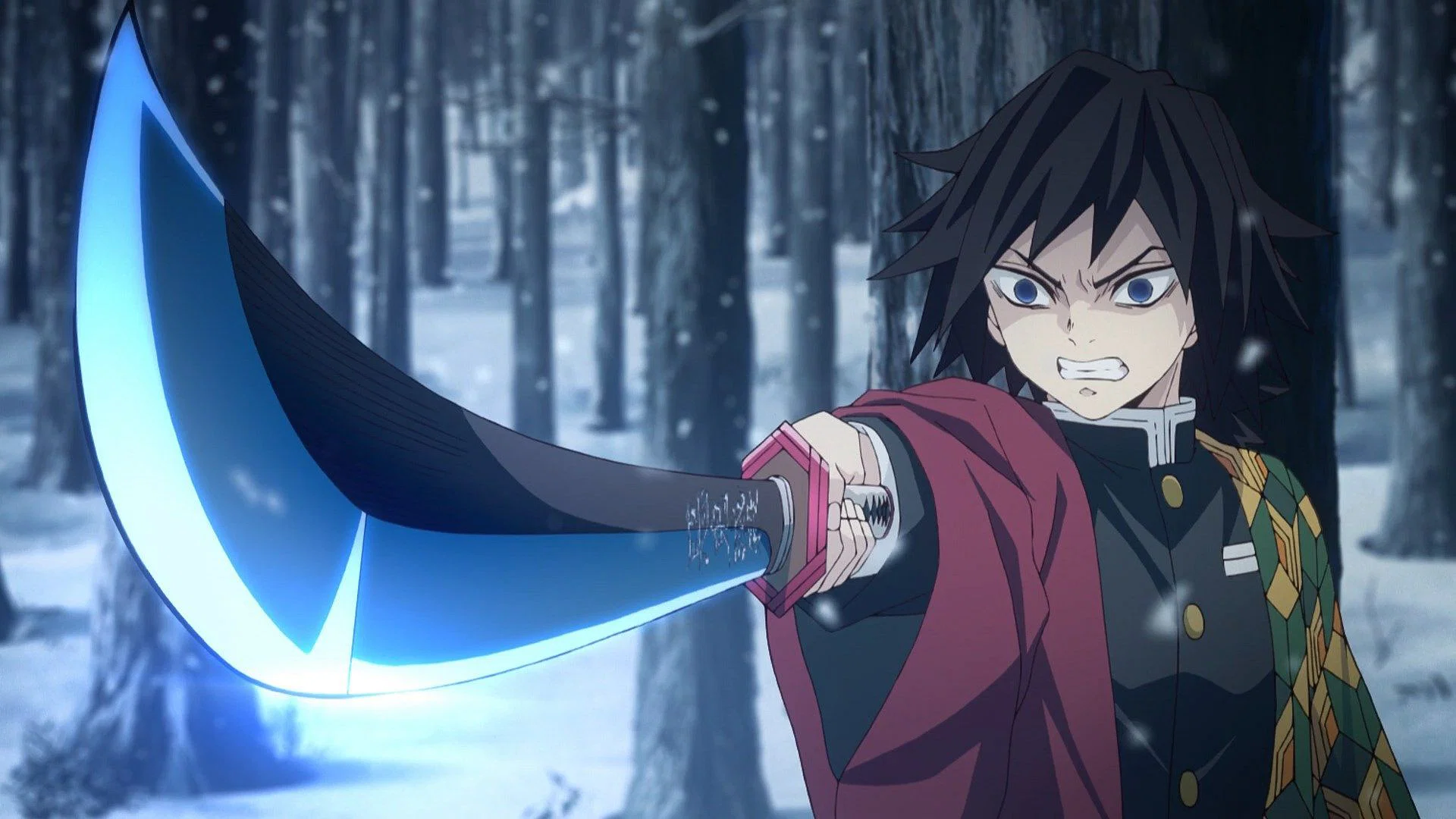 The blue sword, which is one of the most noticeable ones in Season 1, symbolizes water and its user. Giyu Tomioka uses the shape Nichirin katana with flowing movements to become a competent and fearsome assassin. Giyu is among the top swordsmen in the Demon Slayer corps and may even be the finest in pure swordsmanship, making him one of the most respected demon slayers. Giyu's water-breathing movements mimic the ocean, a tranquil body of water that can be fatal in certain situations, particularly in killing demons. 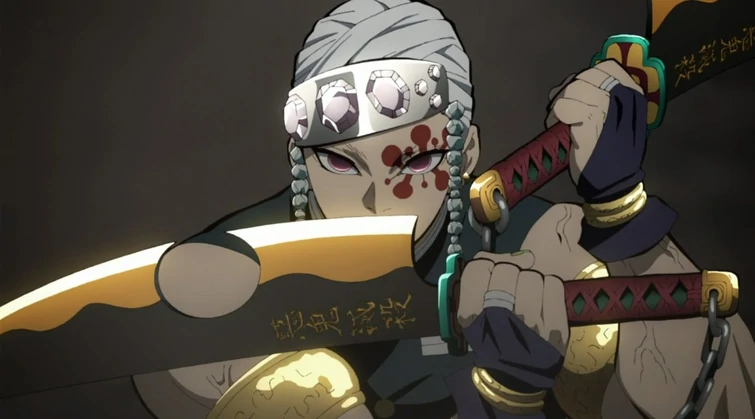 Of all the other Demon Slayer, Tengen is the most flamboyant, and his sword, which is color amber, represents sound, which is the perfect way to complement his attitude. He is the Sound Hashira and is descended from a ninja family. The Nichirin of Tengen Uzui is a perfectly loud weapon that uses two massive nichirin cleavers connected by a chain. It is also the color of Tengen's energy as he swings his cleavers violently and energetically to slay demons.

These are just a few of the many incredible Demon Slayer swords. There are serpent-like nichirin katana that have a gold circular shape engraved with two snakes used by Obanai Iguro, the pink blade that represents the love breathing technique, the white blade katana used by Muichiro mist breathing technique, and Shinobu's unique nichirin sword. Well, if you want to obtain these amazing Demon Slayer masterpieces, then you are in the right place! Check out the Sugoi Mart Demon Slayer collection and shop for the best replica demon slayer sword.

Be A Demon Slayer With Sugoi Mart! 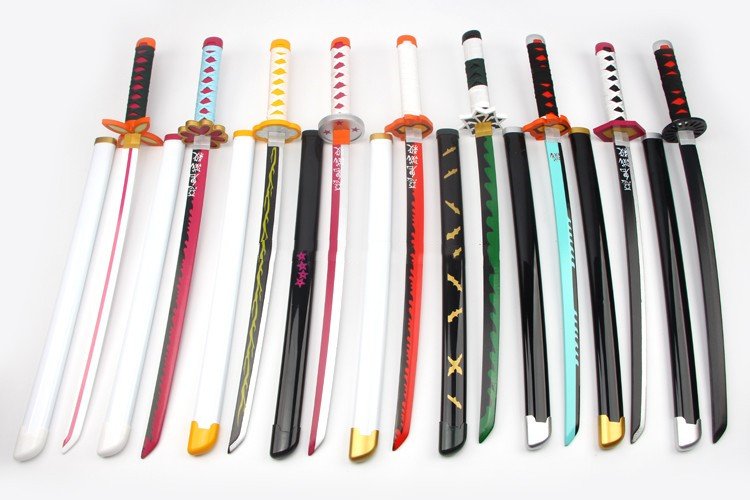