Splatoon 3 New Merch to Add to Kids' Collectibles this September

Both children and adults like finding and playing with new toys. Children generally develop abilities through play. They exercise their cognitive, emotional, and social abilities, including critical thinking, nonverbal and vocal communication, spatial and bodily awareness, empathy, flexibility, and decision-making. Children can practice real-world events and learn subject-specific language through role-playing games and toys to reduce fear, create new ideas, and increase confidence.

Having said that, these Splatoon collectible are perfect for children's playtime. Create and discover a variety of crafts featuring your favorite Nintendo-only gaming characters. Amazing artwork may be created when beads are arranged in a line on a dish and water is sprinkled on them. Numerous characters may be made with this set, which is ready for usage. A range of themed water shooters should have been available from the launch. Since the Splatoon video game heavily inspires the guns, it's perhaps a little strange that Nintendo hasn't capitalized on this fact more. You can show your dynamic new moves with this weapon. Nintendo created and released the video game Splatoon for the Wii U. It features Inklings, creatures that can switch between human and squid forms and hide or swim through colored ink sprayed on surfaces using a gun or brush-based weapons. It offers a variety of game modes, such as a campaign and 4-on-4 online multiplayer.

We know that you are already familiar with how to play this amusing, incredibly innovative, and original video game and that it differs from whatever you have encountered. But because so many people adore every single character in this video game and add it to their wish list, plush toys bearing the official license were produced.

How does Inkling Girl appear?

In Mario Kart 8 Deluxe, Inklings of both sexes and various colors are new playable characters. This is most likely a non-canon appearance for Inklings. One of their trick animations has them assuming the form of a squid. The latest Super Smash Bros. features both male and female Inklings as fighters. Ultimate. Smash Bros. includes The Squid Sisters as an assist trophy in addition to Octoling Boy and Octoling Girl. Super Smash Bros. also features Judd and Lil' Jud as Mii Costumes.

Inklings, who likewise resemble the Bloopers from the Super Mario video game series, can change between humanoid and squid forms. The humanoid shape has pointed ears, tentacles that change color in battle according to the color of ink that their team utilizes, and a black marking over its eyes that resembles a mask. Their squid form resembles a vividly colored cephalopod with two long clubbed tentacles, four shorter tentacles, and two enormous eyes that appear to be connected.

The color of the cephalopod's "hair" matches the color of the Inklings. Inklings are said to have no bones, excellent vision, and the ability to leap five feet in a single bound, according to one of the Sunken Scrolls. They have a reputation for being hostile. Speaking to them involves high-pitched gargling and creature noises.

It was created by Nintendo's Entertainment Analysis & Development division. It was built on dynamic multiplayer, competitive ink-based territorial digital games that were later enhanced to incorporate squid and the capacity to swim through sling ink. Compared to the development teams for the company's other digital games, Splatoon's team was primarily made up of younger Nintendo employees.

It received favorable reviews, with reviewers complimenting Nintendo's choice to launch a new series in the genre, the game's overall appearance and aesthetic, its gameplay mechanics, and its soundtrack. The lack of voice chat and private lobbies system, the few multiplayer maps available at launch, and the problems with online matchmaking, on the other hand, drew criticism.

The game received post-release support from Nintendo in the form of new maps and a new bow-shaped weapon, a feature that lets players create private lobbies, and time-limited events known as "Splatfests." Because of many reviews, it also received awards and nominations from several gaming publications for year-end awards.

Is Splatoon 3 going to come out on Nintendo Switch?

Splatoon 3 received its formal announcement during the Nintendo Direct in February 2021. The game's announcement trailer was shown by Nintendo as it wrapped up its presentation, giving us a glimpse at some online features and significant changes for the series. The Splatlands, a dry desert wasteland where Splatoon 3 is set, is the most prominent of these. The participants will gather in Splatsville, a brand-new hub city in the heart of the desert, in between games.

Nintendo has also confirmed Salmon Run's comeback, this time with a video showcasing its "Next Wave," which will once more feature cooperative play as you team up with friends to defeat the opponents in wave-based rounds. You'll have to fight against brand-new, powerful bosses like Slammin Lid, a UFO that builds shields, and Big Shot, dangerous salmonid bosses that shoot cannonballs. In this case, you needed to have fighters dodge attacks.

The last obstacle to overcome before finishing a stage is a huge king salmonid known as Cohozuna, which you must eliminate with a unique egg cannon. Salmonids will attack the city itself as a rare event that happens every few months, according to Nintendo's Big Run mode. 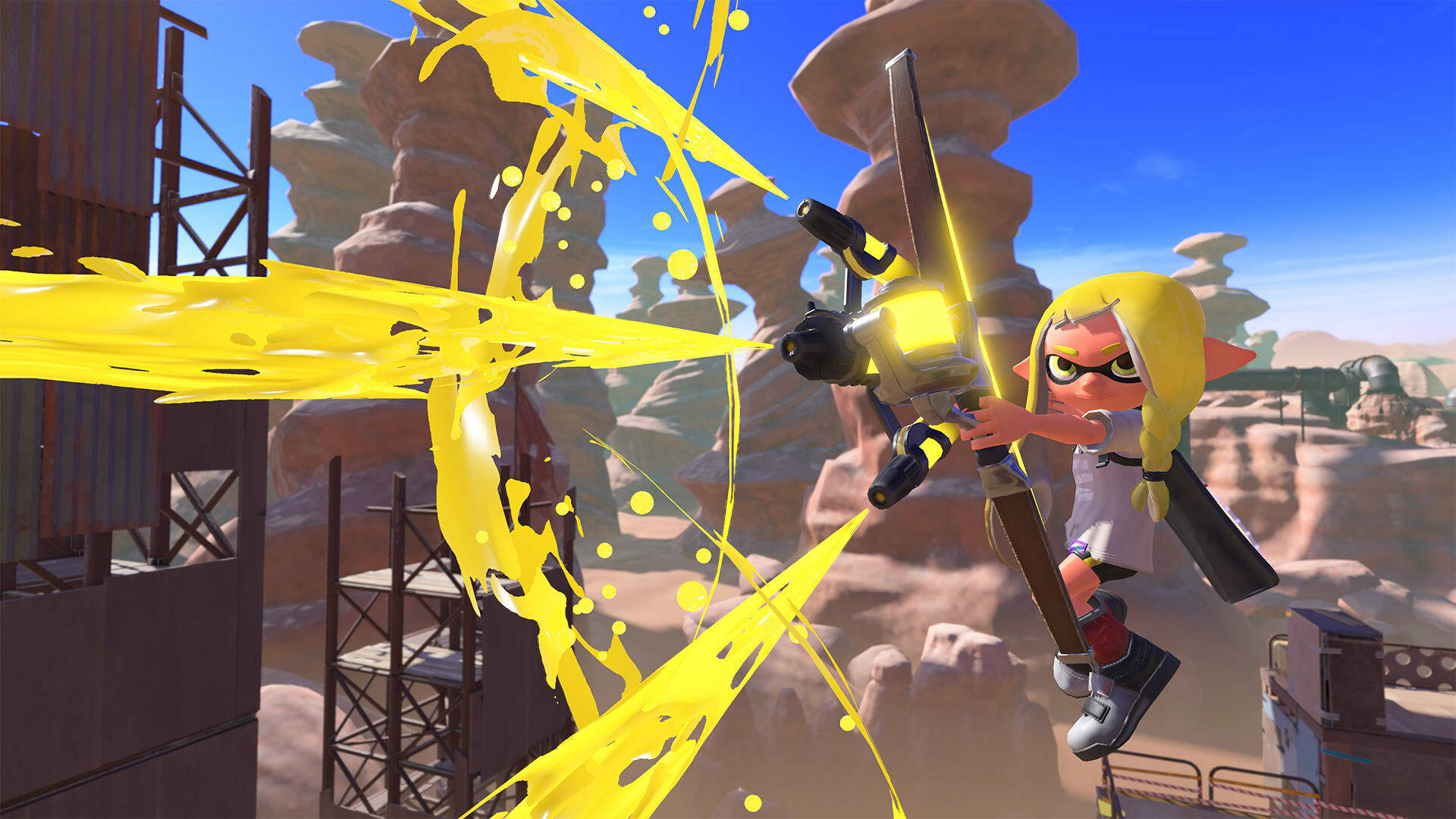 This time around, the story mode seems to have a mystery element. Your Inkling teams up with Agent 3 and your sidekick Smallfry in "Return of the Mammalians," where you'll discover about the "Fuzzy Ooze" and, hopefully, eventually find out what exactly occurred to turn squids into kids and where all the humans went. This will act as the "epic culmination" to the narrative that Splatoon has been building over the course of the last few games, according to Nintendo.

Last but not least, Table Turf Battle, a new card-based minigame, will be included in Splatoon 3. You arrange cards with Tetrimino-like geometric forms on a board in the 1v1 competitive mode. By putting blocks of your own color on the board, you can claim territory.

Enter the Splatlands, a sun-scorched desert inhabited by battle-hardened Inklings and Octolings with a history of combat are some of the fresh new features. This dusty wasteland's adrenaline-fueled center is Splatsville, the city of anarchy. Even in this barren setting, Turf War* rules supreme, as combat takes place in brand-new stages located across the surrounding wilderness.

In the story mode, join Agent 3 in a battle against the obnoxious Octarians. Find out Alterna's secrets and how they relate to the mode's theme, "Return of the Mammalians." In the newest version of Salmon Run*, a co-op mode game with brand-new features, band together and repel waves of perilous Salmonid monsters.

The Mammalians in Splatoon 3's story mode: Who are they? 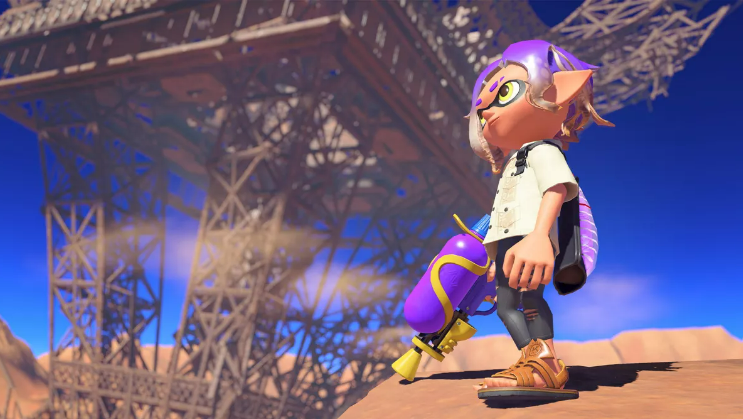 Our concept of the Splatoon-diverse has been seriously challenged by our first look at the online features of Splatoon 3's story mode (sorry, we couldn't help ourselves - don't start calling it that). The "Return of the Mammalians" teaser included images of both the environment and a few well-known Octarian adversaries wrapped with unusual, dark fur. As you continue, your Salmonid small fry pet will likely need to assist you in removing some of that fur, but the enigma of how it got there in the first place remains. first place still remains. 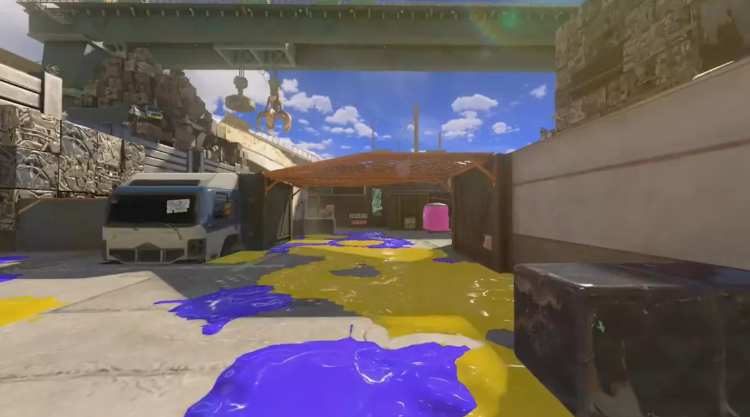 We now know about a plethora of fresh battles coming to Splatoon 3. We're about to re-enter Turf War combat, this time taking place in the Splatlands. We'll be engaging in combat in settings like Eeltail Alley, Scorch Gorge, and Mincemeat Metalworks using a variety of distinct Splatoon 3 maps that are exclusive to the new environment. This time around, new tactics and battles rage have also been added to Turf Wars, such as Squid Surge, which enables you to swim up walls in a single burst, and Squid Roll, which enables you to leap out of ink as you turn.

What are the basics of Splatoon 3?

Use your weapons to spray the substance all over the place. Even though you can splat opponents, ink is capable of much more.

To move extremely quickly through your own ink color, go swimming form. You'll be able to do things like fly through fences, refuel your ink tank, and climb ink-covered walls using this. You can practically become invisible if you don't move.

Blast the opposing team with ink to defeat them. Watch out because they'll soon be back in action!

Fans in Japan may participate in a brand-new Splatoon-themed campaign at 7-11 outlets as Splatoon 3 approaches. Like the Splatoon 2 x 7-11 promotion from 2017, there is a ton of merchandise and food available.

Participating 7-11 stores in Japan started offering a special Splatoon 3 menu on Monday, August 29. The following foods are available for purchase by customers: a beef vs. chicken "battle" curry, a strawberry and tofu jelly, a sugar doughnut (iced in yellow and blue), an apple and grape "battle" jelly, a blueberry-flavored melon pan, and a sugar doughnut. You can enter a special Splatoon 3 lottery by making certain purchases through the 7-11 app's Splatoon 3 Collaboration Menu. A limited-edition blanket and cushion combination is the top prize (Squid and Octopus versions). 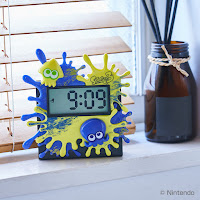 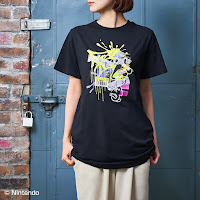 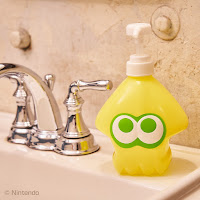 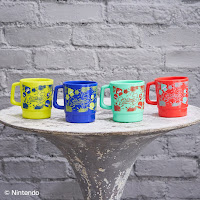 For now, the only thing Splatoon fans outside of Japan can do is sulk about this fresh campaign (and the Baskin-Robbins collaboration) and hope that the free wallpapers will eventually be uploaded online. Thankfully, Splatoon 3 will be available for everyone to play simultaneously when it goes global on the release date.