The kimono is the most recognizable clothing in Japanese culture. The kimono and its summer equivalent, the yukata, are traditional clothing items deep in history and much of the present. Japanese traditional clothing like the kimono and yukata have charmed their way throughout the world because of their elegance and beauty. Both are full-length, T-shaped robes that are tied by a beautiful belt, have long sleeves, and are worn by both men and Japanese women. A true fan of Japanese culture should be aware of the minor differences between a kimono and a yukata, even though they may appear to be very similar. Read on and learn more about the Japanese history of yukata and kimono, and their differences. 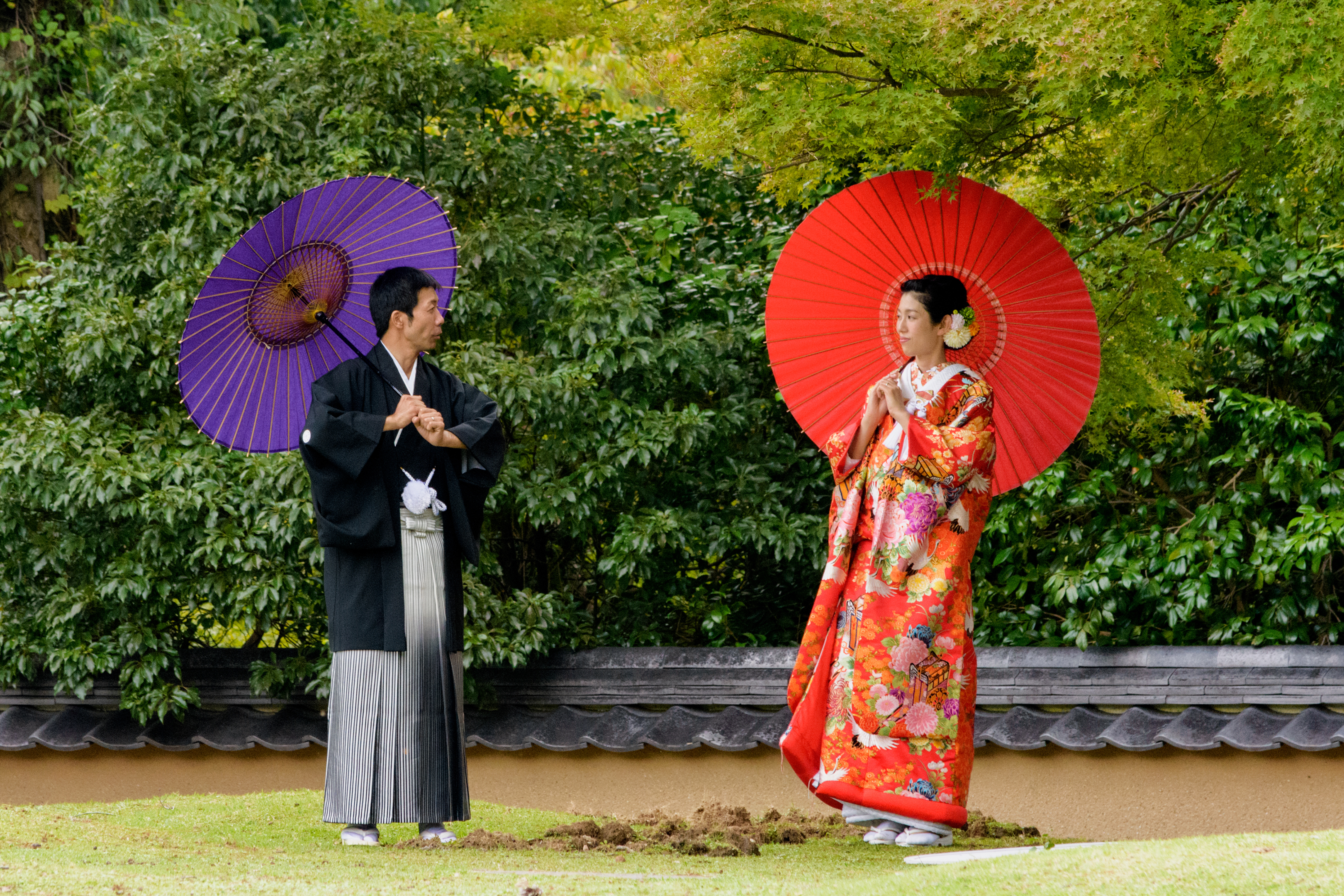 The humble beginnings of the kimono, arguably the most recognizable piece of clothing in Japan, can be traced back more than a thousand years to the Heian Period. Some features repeatedly appeared during the Heian period (794–1185), such as the multilayered kimono traditionally worn by women, the use of color to denote a man's position in the court (the deeper the color, the higher the rank), and the use of particular color combinations to denote the seasons and flora.

The kimono's sleeves lengthened throughout the Edo period through the Meiji Period, and the "obi" (sash), which had previously been a hidden tie, became a visible sash that was longer, wider, and required its own accouterments to stay in place. The fundamental design of the vintage kimono hasn't changed since this time. This traditional attire is still used by young women for more formal occasions like weddings, funerals, tea ceremonies, and ceremonial occasions, even if it is no longer a go-to option. 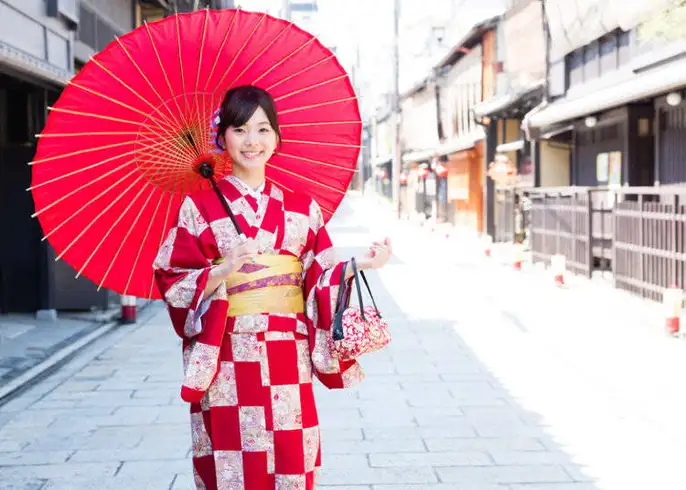 The terms ki ("wear") and mono ("item") are the roots of the traditional Japanese garment known as the kimono. The traditional kimono is adorned with at least two collars and is typically composed of silk or brocade. There are many different designs and patterns for kimonos. Usually made from four identical pieces of fabric called tans, they are hand-sewn into the shape of a "T" and fastened with obi belts. Japanese wear kimono for their meaning and distinctive aesthetics; the combination of style, motif, color, and material reveals the wearer's unique individuality. Moreover, kimonos are much more than just elegant clothing; they have deep cultural significance. They have traditionally announced wealth, wished people luck, and denoted class and rank.

What is Yukata Kimono? 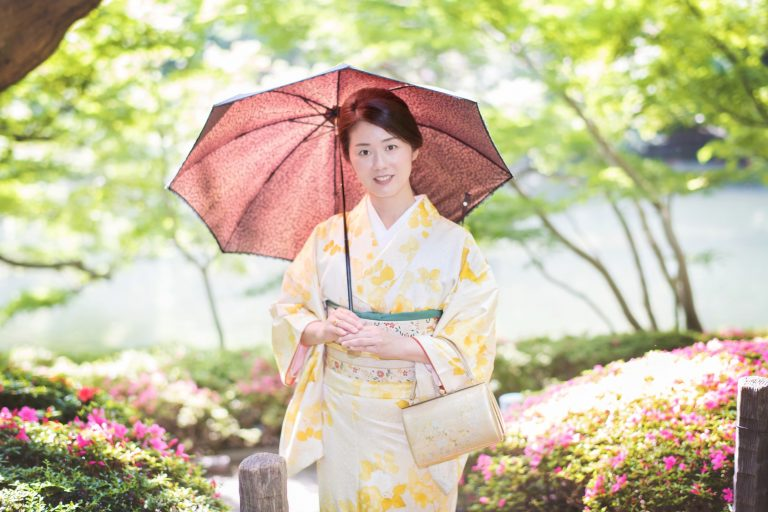 The yukata is a kimono worn as a T-shaped garment. Although they are frequently referred to as a different category, they are occasionally referred to as yukata kimonos, a form of summer kimono. Their function falls between a breezy summer dress, kimono, and robe; they are significantly lighter in material, more casual, and adaptable. In addition, a yukata is often constructed of lightweight synthetic fabric or breathable materials like cotton, and it is originally worn during the scorching summer months. The yukata is typically worn with less formality and embellishments than a kimono and is relatively similar in style to a bathing cloth or dressing gown.

Key Differences between Kimono and Yukata 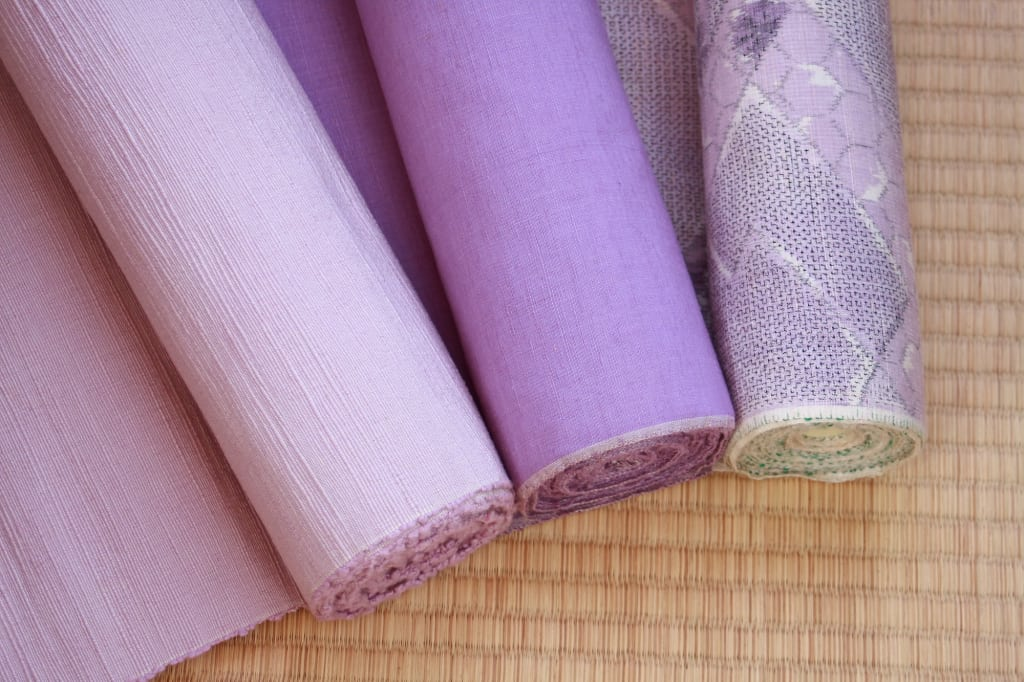 An authentic kimono typically, though not always, has an internal lining, whereas yukata never do and are constructed from a single layer of fabric, which may be the most noticeable distinction between the two garments, at least if you're wearing one yourself. Cotton is the material that traditional yukatas are most frequently made of. Since they are more informal than kimonos, they are normally constructed from a less expensive fabric like cotton or a synthetic substance. However, modern kimonos and yukata are available in many silks, cotton, and polyester combinations. It depends on whether you want something conventional, casual wear, or more contemporary. 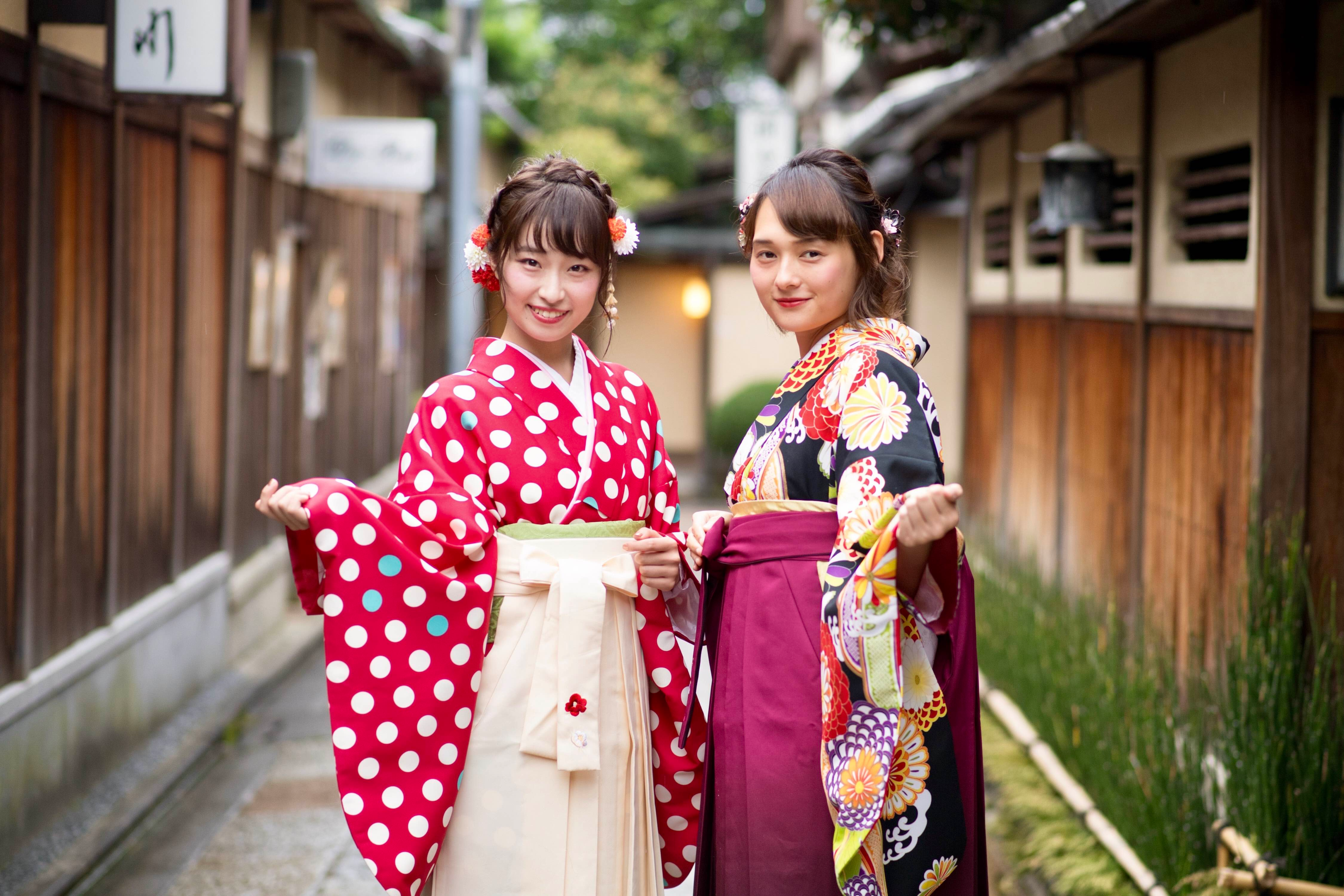 The collar can be the primary distinction between a kimono and a yukata. A yukata features a harsher, half-width collar because of the fabric it is composed of, unlike a kimono's soft, full-width collar. A kimono also often has two collars: a juban collar located just below the main collar and one close to the neck. Since a juban collar is not worn underneath, yukatas only have one collar. The length of the sleeves is a second noticeable shape distinction between a kimono and a yukata. Age and the solemnity of an occasion are just two examples of the various variables that affect a kimono's sleeves. 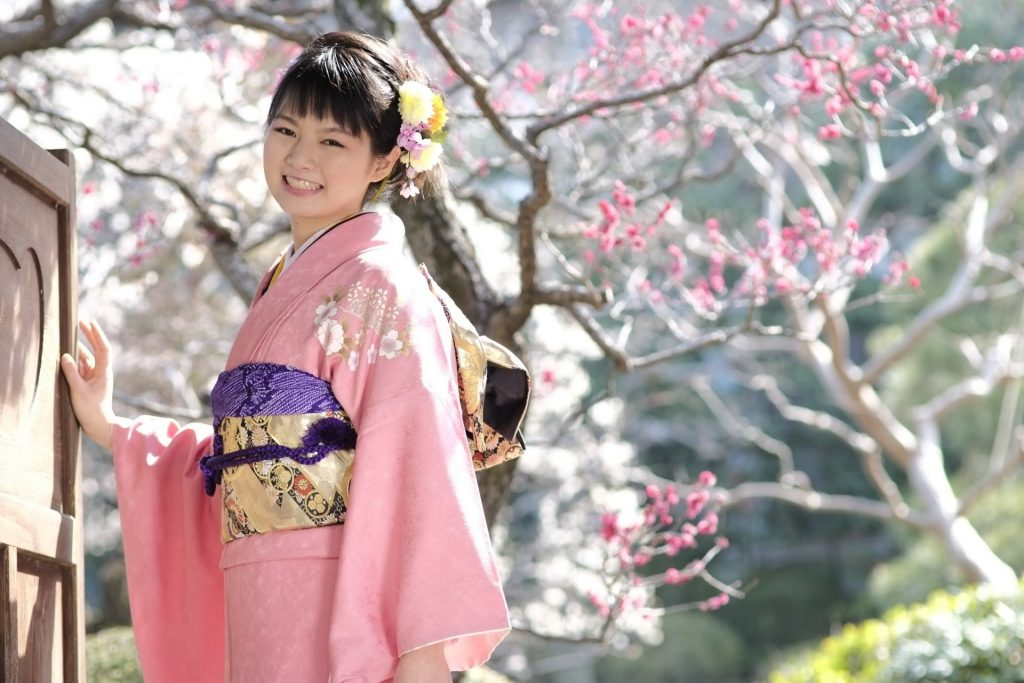 Keeping track of the season might help you determine whether someone is wearing a kimono or yukata fairly quickly. Kimonos are significantly better suited for winter because they are constructed of a thicker material. Since the kimono is just constructed of one thick layer of silk, some women's kimono is accessorized with fur shawls and other items to make them more weather-appropriate. Similarly to this, since yukatas are made of lighter cloth than kimonos, you are more likely to encounter someone wearing one during summer festivals or any summer events. 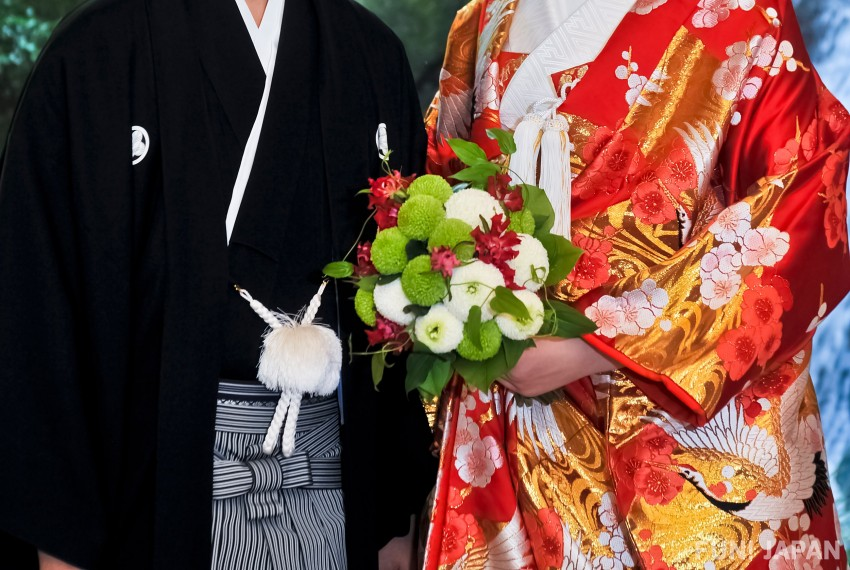 Yukata and kimonos are appropriate for many events. Yukata typically have vibrant designs and colors since they are less formal than kimonos, which are worn to more formal events like wedding ceremonies and graduations. Yukata and kimonos are frequently worn for various events. Yukata are frequently worn during the summer to attend matsuri of firework displays or other summer festivities. At the same time, the most formal kimono is frequently worn for more formal events, such as the first prayer of the new year or high school graduation. Of course, anyone is free to wear a kimono or yukata in everyday life.

Wearing a kimono or yukata is a great method to fit in with Japan's traditional urban landscape. Geta or zori, traditional Japanese sandals, should be worn when donning a kimono. It's challenging to leave the store without a pair of sandals when there are so many options! The usual kimono shoe is tall, raising the user off the ground. The additional height also aids in safeguarding the exquisite Japanese kimonos while walking forward. Look for the best kimono sandals in the Sugoi Mart, like the Kyoto Geta Kimono Sandals and Geta Tatami Sandals.